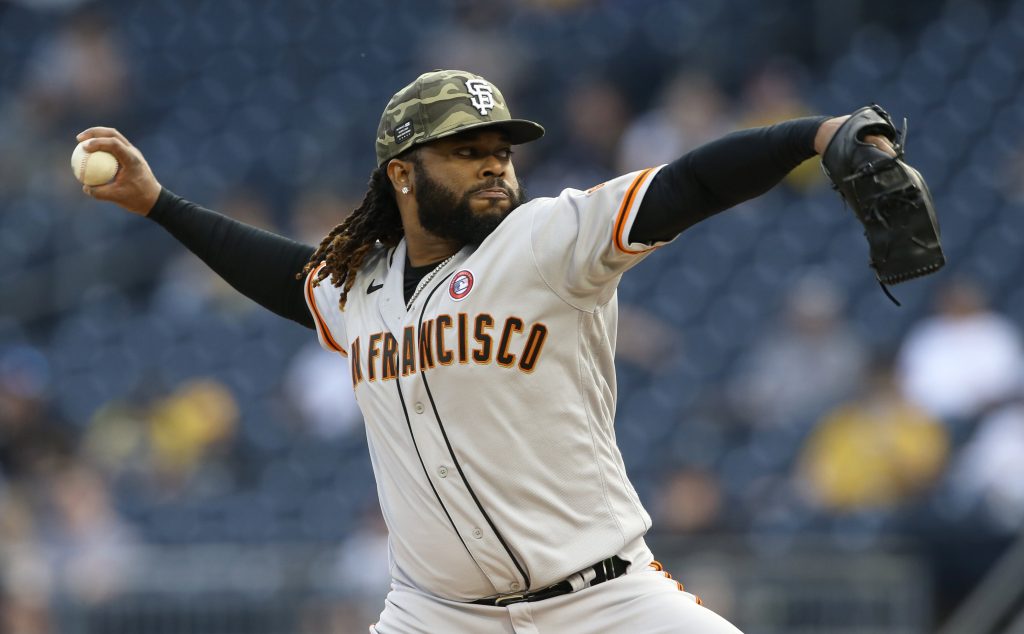 We have a 14-game slate in Major League Baseball on Wednesday, including a double-header between the Colorado Rockies and Chicago Cubs following yesterday’s postponement. Also on the schedule is another National League West showdown between the Los Angeles Dodgers and San Diego Padres. That is where we find one of our player props.

Let’s take a look at our three best prop bets for Wednesday’s action, two on the pitching side of things and the other one at the plate.

The New York Mets are a complete disaster right now, having lost 9 of their last 11 games and 16 of their last 22. In their last 5 setbacks they have scored no more than 3 runs. Likely adding insult to injury is a matchup with Johnny Cueto and the San Francisco Giants on Wednesday night. In his last 5 starts, Cueto has worked at least 5.0 innings while allowing no more than 3 earned runs. The right-hander has struck out at least 5 batters in 8 of his last 9 outings, so there is no reason to think he will suddenly fall short of that number against a struggling New York lineup.

Check out our full game preview for Giants vs Mets

It doesn’t get any bigger than Dodgers-Padres at the moment, and a pitching matchup between Walker Buehler and Blake Snell only adds to the intrigue. Snell may not be as good as Buehler overall, but it’s safe to say that the San Diego southpaw should lead the way in the strikeout department on Wednesday. Snell has fanned 139 hitters in 106.1 innings of work this year. He has recorded 28 strikeouts in his last 3 starts — that’s an average of 9.3 per appearance for those counting. In 15.1 innings against the Dodgers this season, Snell has racked up 19 Ks. If he can last 5.0 innings in this one, the 28-year-old should exceed this 6.5 quota; a 6.0-inning effort or longer would make this a virtual lock. Given Snell’s current form (2.45 ERA in August), he can be expect to work well into Wednesday’s game. It should also be noted that the Dodgers are in the top half of the league in strikeouts with 1,119 for the season (12th most).

Check out our full game preview for Dodgers vs Padres

The Philadelphia Phillies are sending Zach Wheeler to the mound on Wednesday and Mike Zunino of the Tampa Bay Rays is batting just .209 this season. So what’s there to like about Zunino’s chances of getting at least one base knock? Well, you obviously have to look deeper into it. Zunino’s batting average dating back to August 4 is .309. He has hit safely in 10 of the last 12 games. In 3 lifetime at-bats against Wheeler, the 30-year-old catcher has 2 hits. There is no reason why Zunino can’t keep his hot streak going.

Check out our full game preview for Rays vs Phillies