Monday was a day of no harm, no foul, as I went 1-1 to break even. However, my Pickswise Newsletter play did win, and since breaking that 8-game streak, we have started a new one. We approach the last day of August, which means September roster expansions are right around the corner. For the rest of the season, the contenders are grinding out playoff positions, while those out of it are testing out new players that get their first looks in the big leagues. There will be some hefty favorites moving forward, and baseball will be harder to bet and find edges that aren’t north of -200. I took a different approach here today, so let’s see how it pans out.

The St. Louis Cardinals and division rival Cincinnati Reds battle it out again here on Tuesday. The Cardinals were able to take the first game, and it was a low-scoring affair that they won 3-1. Jon Lester threw a 1-hitter, and I for one didn’t see that coming. I am counting on the Reds bats waking up, as they are very much alive in this postseason race.

Miles Mikolas gets the start for the Cardinals, who is recently back from injury to help out a depleted Cardinal pitching staff. He has tossed only 13.1 innings so far, so the numbers lack a decent sample size, but some is better than nothing. Since being back, he has an ERA of 2.70, a FIP of 3.84, and a WHIP of 1.275.  His numbers also look nice due to the fact that his 3 outings so far this season have been against the Cubs and Pirates. Mikolas has never been a big strikeout guy, and he faces a much more talented Reds lineup here today that can do damage putting the ball in play.

Sonny Gray will be taking the ball for the home Reds, and is turning in another fine season in his career. He comes into this one with an ERA of 3.91, and a FIP of 3.63. Gray should be due for some better fortune, as he carries a BABIP of .312, while doing an excellent job limiting hard contact to a rate of 31.1%. He carries a strikeout rate of 27.9%, and gets a ground ball essentially half of the time. He has the profile of a pitcher I like to back, and am going to do so in the first five innings to take the bullpen out of the equation. 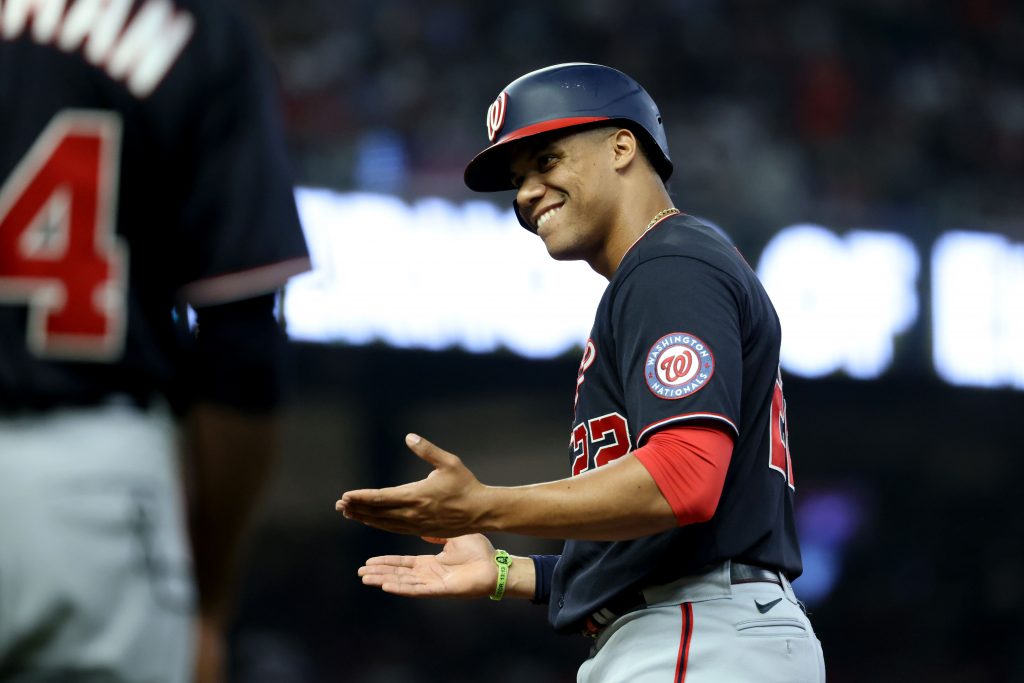 The Phillies have playoff aspirations while the Nationals are just trying to play spoiler to their division rival. Bryce Harper is back facing his old team, and the home Washington crowd always seems to get into it more when he is back in town. The Phillies have won 4 straight, and need to keep doing so to catch the Braves, who are 3.5 games ahead of them in the division. They might run into some trouble, as Matt Moore is throwing for them, and he is not good.

Let’s start off with some of Moore’s numbers. He has an ERA of 3.12, a FIP of 5.70, and a WHIP of 1.546. He walks more than 10% of the batters that he faces, and gives up a home run 4.8% of the time. It’s hard to believe he is still starting baseball games, let alone on a team fighting to be in the playoffs. To make matters worse, this current Nationals lineup has found great success against Moore, collectively accumulating a wOBA of .471 against him. The Nationals should score here against Moore, and give them a serious edge here to start the game.

Patrick Corbin will be going for the Nationals,  and while his numbers also aren’t pretty, I still trust him much more than I do Matt Moore. Corbin has an ERA of 6.09 and a FIP of 5.52. He however currently has an BABIP of .295 while doing a decent job limiting the hard contact he has given up so far this year. Corbin is able to get plenty of ground balls, and has found good success against the Phillies over the years. In more than 200 plate appearances, this Phillies lineup has managed to gather a wOBA of only .314 against him. Like the Reds, taking the Nationals bullpen out of this one, and will be playing the first 5 here.