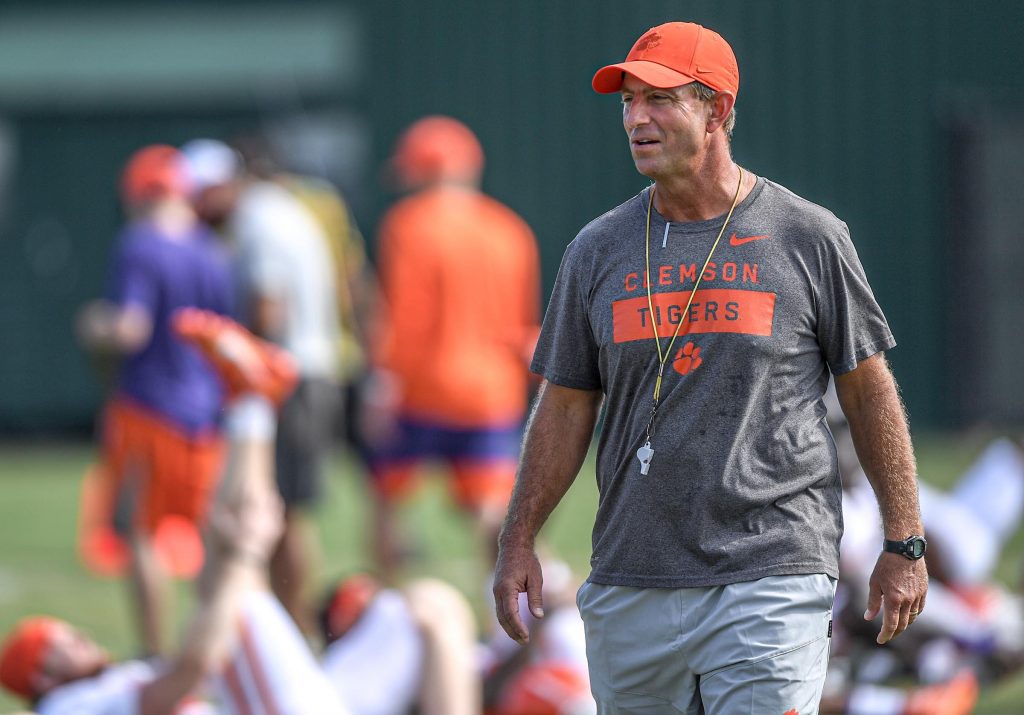 We have plenty of MLB games to report and we also have college football Week 1 to look forward to, so there’s still a lot to pore over. If you’ve grown tired of the slow summer months don’t worry, real football is right around the corner. There are a lot of big contests coming up, which always attract some big public sides. Let’s take a look at where the public money is going as bettors once again try to beat the books, with the over in Georgia/Clemson leading the way on Wednesday.

In yesterday’s version of this column, we talked about how Ohio State and Cincinnati we’re getting pounded by the public on the spread. Now a couple of other big public sides are shaping up as we get closer to Week 1. Nothing the public loves more than a good over, right? That’s certainly the case here in this huge showdown between Georgia and Clemson where 87 percent of the bets and 84 percent of the public money are on the over 51.5.

The public often gravitates towards the over in these big nationally televised games. They’re the ones everyone is going to be watching, and recreational bettors want to see a ton of points. We think the fact that this is being played at a neutral site, where neither offense will be at a huge disadvantage from crowd noise, favors the over a bit. We’re riding with the public on this one, but are making it a small play.

The split in those two percentages means there have been some very large volume bets on Oklahoma too. Perhaps it’s the sharp side as well. Oklahoma certainly has the offensive upside to cover a spread like this, and we’re making a small play on it along with everybody else.

The ever elusive public under. UCLA was one of a handful of teams to play in Week 0, and bettors were paying attention. The Bruins’ defense completely dominated Hawaii and held them to only three points, so naturally people are flocking to the under in their next game. 80 percent of the bets and 97 percent of the public money are on the under 65 for this SEC/PAC 12 matchup.

UCLA did score 44 in their opener, so it’s not like they’re only going to play in defensive struggles. And any Chip Kelly team is of course going to play with tempo. So it’ll be very interesting to see how this one plays out.

Wrapping things up with some baseball now. This one isn’t overwhelming, but it’s interesting because we hardly ever see a public underdog. It’s rare to see a team with plus-money get even 50 percent of the bet splits on a money line. But 63 percent of the bets and 78 percent of the public money are on Cleveland as a short underdog here in Kansas City.

Bettors saw Jackson Kowar taking the mound for the Royals here, and didn’t need to see much more. The rookie has lasted only 5 total innings through his first three big league appearances, giving up 10 earned runs and 16 baserunners. Cleveland also has the highest OPS in the league over the past 15 days. We had the Indians as a three-star ‘MLB best bet’ yesterday and they came through for us, and we’re playing them again on Wednesday.