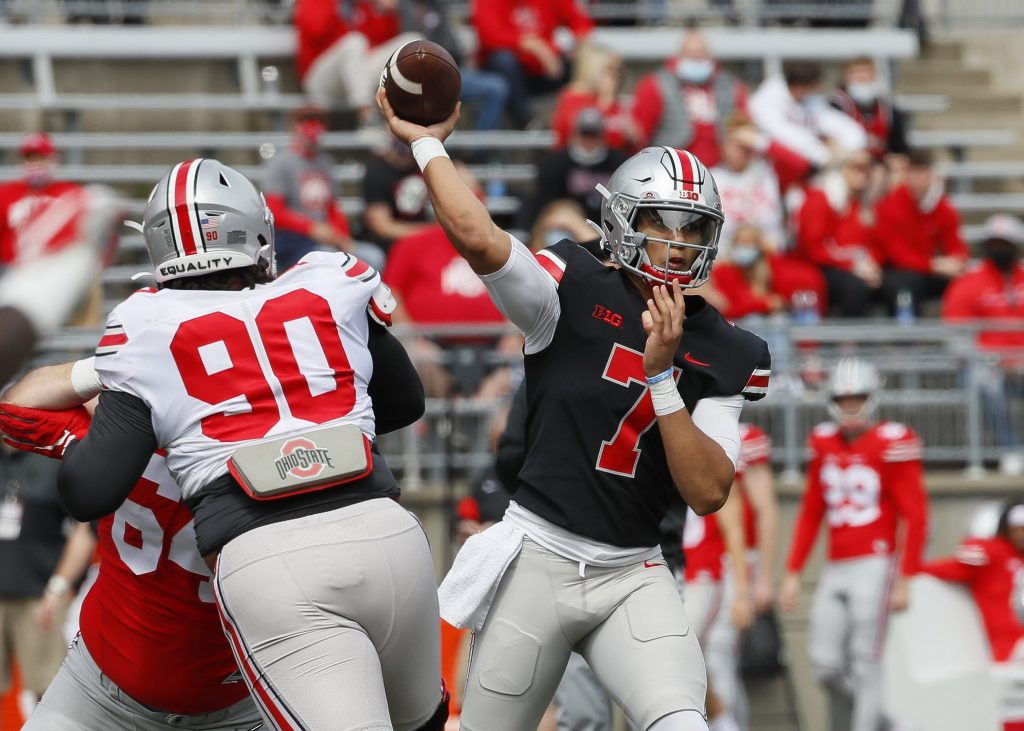 We have plenty of MLB games to report and we also have college football Week 1 to look forward to, so there’s still a lot to pore over. If you’ve grown tired of the slow summer months don’t worry, real football is right around the corner. There are a lot of big contests coming up, which always attract some big public sides. Let’s take a look at where the public money is going as bettors once again try to beat the books, with Ohio State leading the way on Tuesday.

We got our first taste of the college football season with a handful of games last week, but the real action will start this weekend. Looking at the slate of games involving top 25 teams, there’s at least one overwhelming public side. 92 percent of the bets and a whopping 95 percent of the public money are on Ohio State here, according to DraftKings’ internal numbers shared with us.

After Justin Fields moved on to the NFL the Buckeyes will have a redshirt freshman under center in C.J. Stroud, but clearly bettors aren’t too concerned. The public money is never afraid to back a big favorite, and Minnesota is coming off a disappointing abridged season where they went just 3-4. Be sure to check out our ‘NCAAF picks‘ tab for free picks on the side and total for all the biggest games this weekend.

Elsewhere in the college football Week 1 slate, the public is pounding another highly ranked team against an inferior opponent. This time it’s an even bigger favorite, as bettors are lining up to lay more than three touchdowns with Cincinnati. 87 percent of the bets and 95 percent of the public money are coming in on the Bearcats in the run-up to game day.

Cincinnati has established themselves as one of the best non-Power 5 schools out there, and they’re coming off a 9-0 regular season 2020 campaign, so the excitement here is understandable.

This one is interesting, since the Yankees’ hot streak has officially been snapped with three straight losses. Nevertheless, New York’s recent 13-game winning streak is still clearly very fresh in the minds of the public. 81 percent of the bets and 93 percent of the public money are on the Yankees as a big road favorite here in Los Angeles.

The Angels won the first game of this series, but a suddenly on fire Jameson Taillon will take the mound for New York. Each of the last eight times he’s taken the mound the Yankees have won, so we’ve got to ride with the public on this one. We’re taking the Yankees, and they’re one of our ‘MLB Best Bets‘ for Tuesday. The public is also overwhelmingly on the over here, for what that’s worth.

Wrapping things up with some tennis. Djokovic is the clear favorite to win the Men’s US Open, and bettors are more than willing to lay a little bit of juice. Despite having a ton of options to choose from, Djokovic is getting an outright majority of both bets and handle. 54 percent of the bets and 65 percent of the public money are taking Djokovic to win another major tournament.

We like Djokovic as well at these odds, but there are also a couple of long-shots we think have some value. You’ll need to check out our ‘tennis picks‘ to find out who they are.