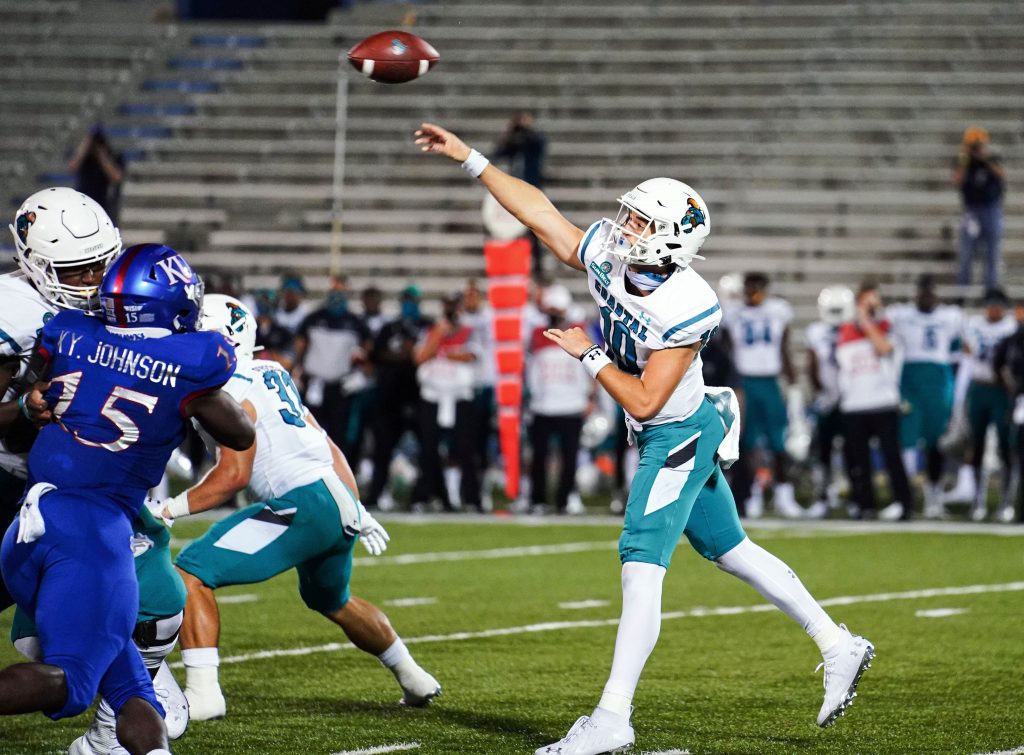 Can’t decide which sport to focus on today? Well you’re in luck. We have put together a 4-pick cross-sport parlay that will take you right through Thursday night including action from MLB and a nice slate of college football games.

Two picks each are taken from MLB and College Football. A winning ticket gives us a nice payout with odds at +1696 with FanDuel; that’s more than 16/1! Let’s break down each of these plays:

The Giants have hit a bit of a rough patch, but this is the perfect spot to snap out of it. Logan Webb takes the mound for San Francisco, and he’s been fantastic all season with a 2.65 ERA in 19 starts. The Giants have won 12 of the last 13 times that he’s taken the mound. It’s hard to argue with that. Brewers starter Eric Lauer hasn’t made it out of the fifth inning in three consecutive starts. Let’s not overreact to a few games, the Giants are 84-49 for a reason. They’ve still got the far superior offense, and the better starting pitcher in this one.

The Rays have been downright dominant since the all-star break. They’re 31-12 since the break, and are pulling away in the AL East having won 13 of their past 15. There’s no reason to believe the momentum will slow down here for the Rays with Eduardo Rodriguez starting for Boston. Rodriguez enters with a 5.12 ERA in his 25 starts this season. Tampa Bay will start young lefty Shane McClanahan, and he’s been very promising. Especially so recently. The 24-year-old has a 2.76 ERA in five August starts. Perhaps not surprisingly, the Rays won all five of those games. Over the last 30 days the Rays have the highest OPS in all of baseball, so McClanahan should get plenty of run support.

Coastal Carolina will be highly motivated here, and that’s often what matters most when handicapping a spread this large. It usually comes down to how much the superior team wants to pour it on before taking their foot off the gas. The Chanticleers came out of nowhere last year to go a perfect 11-0 in the regular season. But then they lost in their bowl game, and have been stewing for the past eight months.

They want to prove that their storybook 2020 campaign wasn’t a fluke, so I think they’ll be going all-out to beat FCS school The Citadel by as much as possible. Coastal Carolina’s offense had a very high ceiling last year with returning quarterback Grayson McCall, who had 26 touchdowns and three interceptions last year as a freshman. That’s exactly what we’re looking for when backing a team on this large of a number.

NC State should be able to win their opener big as well. South Florida was awful last year, going 1-8. Six of those eight losses came by at least 17 points. Devin Leary will return at quarterback for the Wolfpack, and he looked really promising last season. Across four games he averaged 8.1 yards per attempt with eight touchdowns and only two interceptions before going down with an injury. NC State is also returning nine starters on defense, and four along their offensive line. The Wolfpack went 5-1 at home last year, and they were also 5-1 against the spread in front of their home crowd.