It’s crazy when you think about how fun parlays are. Like think about your mood before you put in a +934 parlay. It’s probably good, but definitely not as good as it would be if you had a +934 parlay already hanging around in your account. It’s not your fault though, it’s just how science works. So in an effort to help you, and me, I’ve come up with a +934 MLB parlay for us to bet tonight. I figured it’s the least I could do to move our Friday along.

I don’t know much about this kid but I do know one thing, he just struck out 7 Houston Astros last time out. That’s the baseball equivalent to killing a lion with your bare hands. Looking back on what he has done in the minors this season, we should’ve seen this coming. Admittedly, he wasn’t quite as dominant in AAA as he was in AA, but he was still on fire in the higher levels. After all, if batters in AA would have been given 4 strikes, he still would have mowed them down. Five of his last 9 starts at that level ended with him fanning at least 10 guys. Another one saw him get 9. In AAA he had at least 4 Ks in every start. The Angels have struck out 39 times in their last 127 at bats so Otto is getting a pretty soft target tonight. He should get home for us at this number and move this MLB parlay forward. 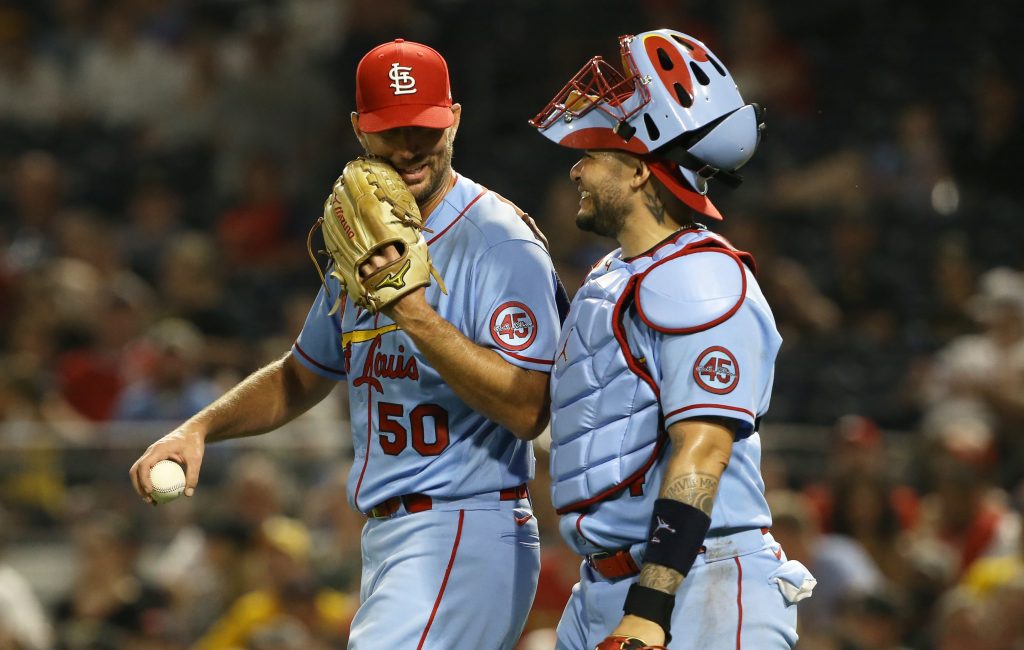 It’s tough to know which Adam Wainwright is showing up but the good one has been lately. The good news is, he’s likely gong to flirt with this number. That’s good news because we can’t get 6 strikeouts if he doesn’t get 5. Over his last 9 starts, Wainwright has whiffed at least 5 guys in 8 of them. Tonight he gets the Milwaukee Brewers who have struck out third-most in MLB over the last week. What we have working for us is the fact that Freddy Peralta is pitching for Milwaukee. Peralta should go deep into this game and is likely to come to the plate twice. He’s struck out 19 times in 38 at-bats this season, so he is a soft target. He could be the guy that puts Wainright over the hump and pushes this MLB parlay closer to greatness.

Check out our full game preview for St. Louis Cardinals vs Milwaukee Brewers

Say what you want about this guy but I’m giving him a chance. He got blown up last time out against the Miami Marlins but that could have been because they were ready for him. He had just smoked them the week before. It was only fair they got him back. Before that start, he was in great form whiffing at least 6 guys in 4 starts in a row. Tonight he gets the Detroit Tigers who kind of look like a strikeout team. Over the last week, they’ve fanned 53 times which is fourth-most in MLB in that span. He has the added benefit of having an American League pitcher batting since this game is in Cincinnati. The pitcher is Tyler Anderson so it’s tough to tell how long he’ll be in the game but he never bats, so when he does come to the plate, he will be a sitting duck. This should be the bet that cashes our MLB parlay tonight.