Main-draw action at the 2021 U.S. Open gets underway on Monday. Daniil Medvedev and Stefanos Tsitsipas are among the contenders looking to prevent Novak Djokovic from capturing the calendar-year Grand Slam and that duo will be taking the court along with Americans John Isner and Coco Gauff. Meanwhile, former French Open and Wimbledon champion Simona Halep could have a tough opening-round test on her hands.

Throughout the next two weeks, Pickswise will be offering plenty of content to help you win big with tennis betting.

Let’s start by taking a look at some of the best bets for Monday in New York, and be sure to also check out our best futures bets on both the men’s side and the women’s side for the upcoming fortnight.

There is no need to overthink this one. Halep just isn’t 100 percent physically going in the U.S. Open. She has played a mere 2 matches since mid-May, missing most of the summer because of a calf injury. Halep returned in Montreal following her French Open and Wimbledon absences and lost right away. The Romanian advanced one round in Cincinnati but then withdrew because of a calf problem. 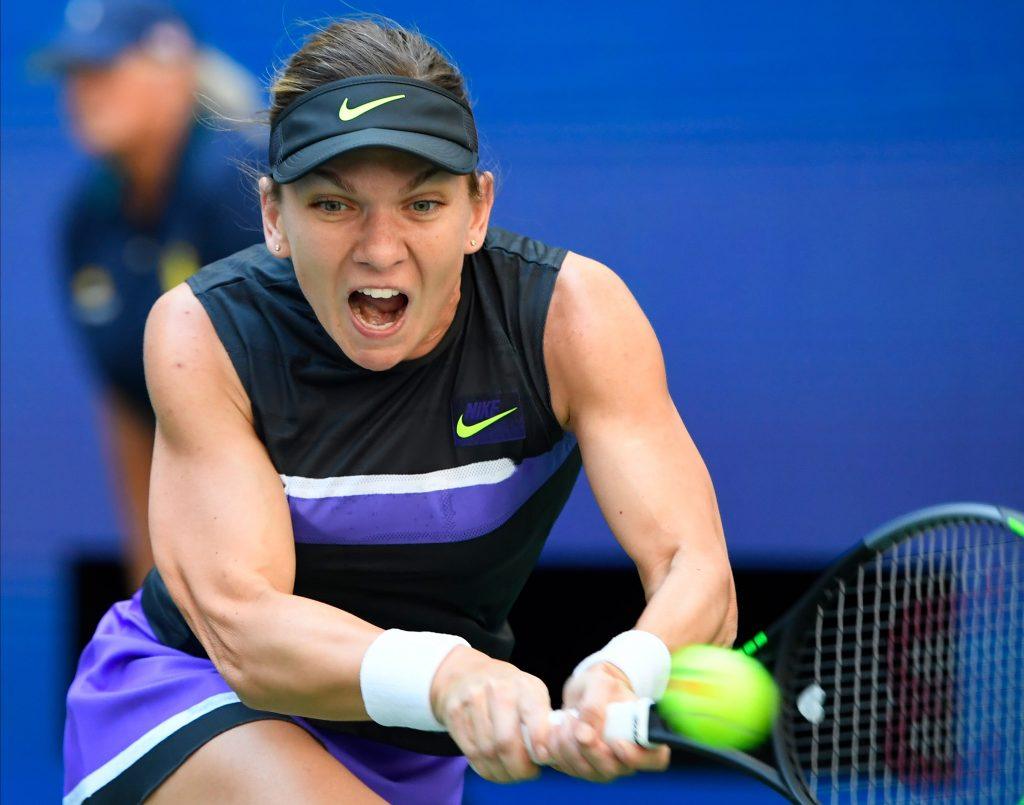 It’s hard to see Halep being fit in time for this tournament, and Giorgi is certainly good enough to take advantage. The Italian just won the biggest title of her career earlier this month in Montreal.

Sure, taking the under in any match involving Isner may not seem like the most intriguing prospect. But the market is overvaluing Nakashima here—and the match in general. No other contest in the first round has a total higher than 39.5. The chances of Isner finishing the job before this one hits the 43 mark are just too good. Nakashima enjoyed a July surge in Los Cabos and Atlanta (finished runner-up in both), but other than that the 20-year-old American has not done much on the main tour.

Ironically, Nakashima faced Isner at both of the aforementioned events and they split the two encounters. Isner, however, has a massive advantage in Grand Slam experience. The 36-year old is in outstanding form, too, having won the Atlanta title (again) before making a run to the Toronto semifinals. But the under is a safer play than Isner -2.5 games on the off chance that he endures a poor serving day and Nakashima breaks him down from the baseline as was the case in Los Cabos. Either way, back the under.

In Duckworth vs. Martinez, the surface should dictate the outcome. Martinez has won 16 matches on clay in 2021; he has won 2 on all other surfaces combined. Over the past 2 seasons, Duckworth has won 19 matches on hard courts compared to only 2 on clay. The Australian recently advanced to the Toronto third round as a qualifier. He will likely give the Spaniard a free hard-court lesson.

Linette is not the easiest of first-round opponents for Gauff, but the Pole is coming off a long week in Cleveland (lost to Irina-Camelia Begu in the semifinals). At just 17 years old, Gauff has already played in 8 Grand Slam events. She has lost in the first round just once.

Pickswise is the home of expert ATP Tennis and WTA Tennis Predictions. Our tennis handicappers provide expert insight along with the best tennis bets throughout the big tournaments on the tour, including the Grand Slam events.