According to the American Gaming Association a record 45.2 million Americans plan to wager on the NFL this season, which is up 36% from last year. Translation: sports betting is more popular than ever, and the NFL is leading the charge towards the mainstream.

As we embark on Week 1 of the 2021 season, there are some trends to consider, including a strong correlation favoring home teams in divisional games. Last year, despite home teams finishing below .500 overall during the regular season for the first time in NFL history, Week 1 home teams went 6-3 SU and ATS in divisional games. More specifically, home divisional dogs in Week 1 went 2-0 SU and ATS. That trend also has a relatively large sample size, as over the last 10 years home divisional dogs have covered at a rate of 76% in Week 1.

My gut says home teams will see positive regression in 2021 as fans flood back into the stadiums. This could also affect the totals, skewing to the under, if offenses have difficulty adjusting back to crowd noise. Rest assured, we will keep track of these records and update you throughout the season.

But enough of the trends and high-level analysis, it’s finally time for kickoff, and we know you want some picks, so we will oblige with our Week 1 NFL best bets.

Line available at Unibet at time of publication 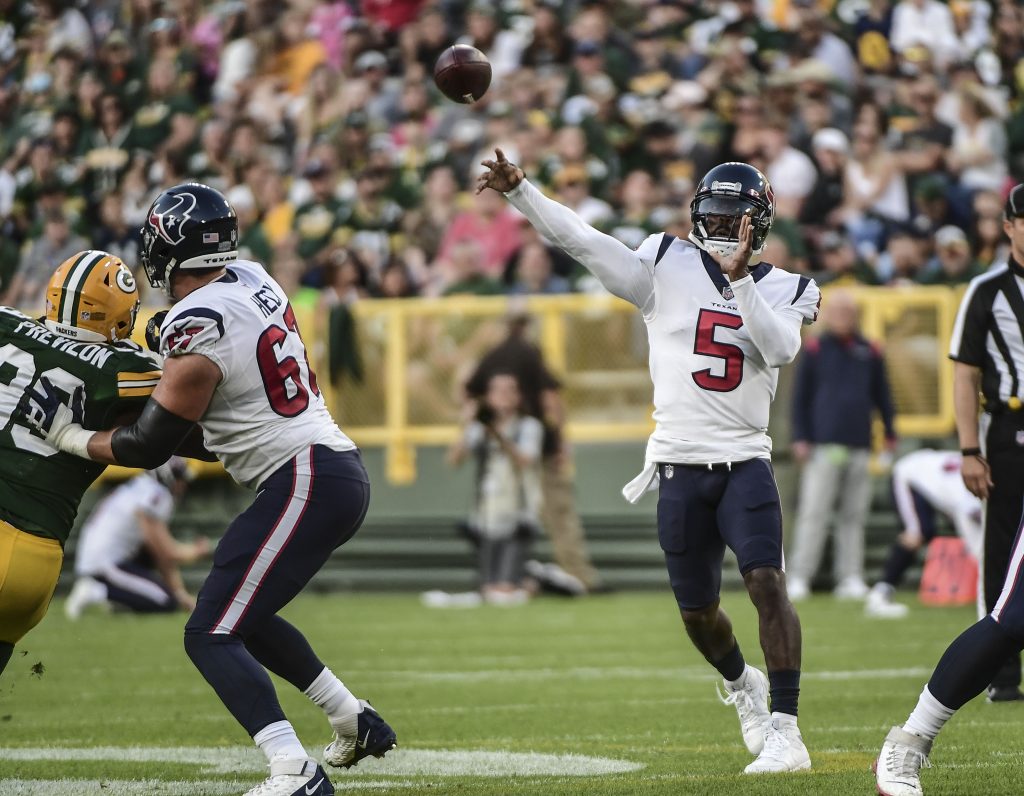 This is a hold-your-nose type of pick but we found a really good number at one of the smaller shops in New Jersey, so we jumped on it. I expect the Texans to show some pride in this game after swallowing most of it throughout the summer having to stomach the saga of Deshaun Watson and hear all about how bad the team will be without him.

The irony is the Jaguars were in the exact same spot last season in Week 1, hosting a divisional opponent (Colts) with everyone writing them off. Jacksonville not only covered the spread that week but beat Indy outright, their lone win of the season.

I can see a similar situation playing out in this game, with Houston starting fast, then fading into oblivion as the season wears along. On the other side, I do not trust Trevor Lawrence and Urban Meyer to push the right buttons in their NFL debuts and I suspect it could be a long season for both. Take the points here and follow the divisional home underdog trend.

Broncos at Giants: Denver will bring their D

Line available at BetMGM at time of publication 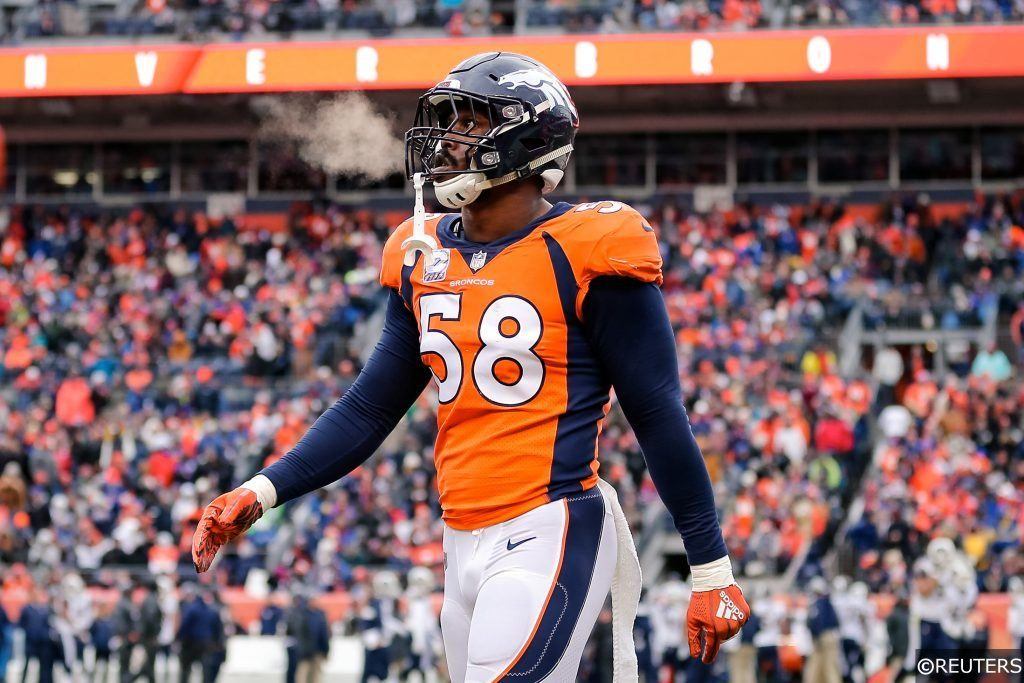 When we talked to PointsBet Head of Trading Jay Croucher last week, he made an eye-opening revelation about how they viewed the talent level in Denver this season. “If Aaron Rodgers had gone there, we would have made them third favorites to win the Super Bowl, just behind the Chiefs and Bucs. We think the roster is that good.”

The quarterback decision reflects that with Teddy Bridgewater offering a higher floor but lower ceiling than Drew Lock, and according to Croucher, “against a team like the Giants, that’s all you need.”

I was wildly unimpressed with how Big Blue handled their offseason, failing to fix the root of their problems, the offensive line. Despite giving up the second-most sacks in the NFL last year (50), Dave Gettleman did not draft an offensive lineman nor did he add any major pieces up front in free agency. Historically speaking, the Giants have really struggled in this spot, having lost four straight openers and nine of their last 10. I expect the incredibly talented and deep Denver front seven to suffocate Daniel Jones and pull out a road victory at MetLife Stadium.

Dolphins at Patriots: Belichick keeping up with the Jones

Line available at PointsBet at time of publication 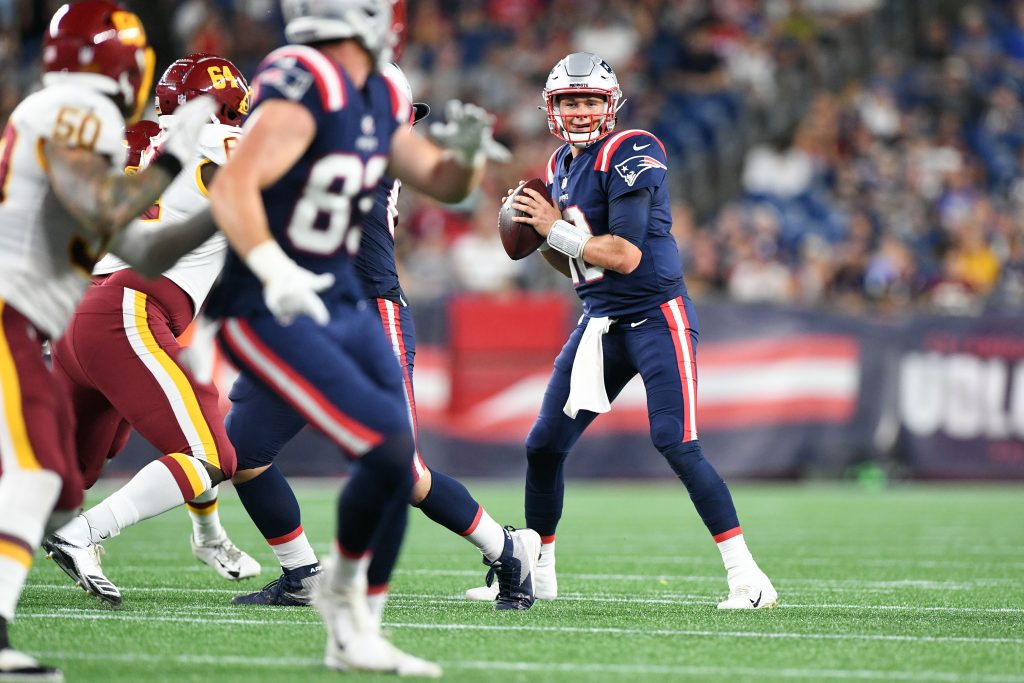 Mac Jones shook up the markets a couple of weeks ago when he was named the starting quarterback in New England. That move coupled with Cam Newton getting released outright caught the books a bit by surprise, but also made the Pats’ path to victory more clear.

“I think Mac Jones gives the Patriots more variance and more upside,” said Croucher. “If you start Cam Newton for 17 games, I didn’t see a path for them to win the division or Bill Belichick to win Coach of the Year.”

We added Belichick to our futures portfolio last week at +1800 as I see it as a highly correlated play to get a slice of Mac Jones, who now has significantly shorter odds to win Offensive Rookie of the Year. As for this particular matchup, I trust Belichick and New England to get off to their typical fast start. The Patriots are 7-3-1 ATS in Week 1 since 2010 with three straight covers, including a stellar all-around performance in this exact same spot last season against Miami. I’m still not sold on Tua, and I think Belichick’s defense will actually be the difference here as the Mac Jones era begins with a victory.

Line available at MGM at time of posting 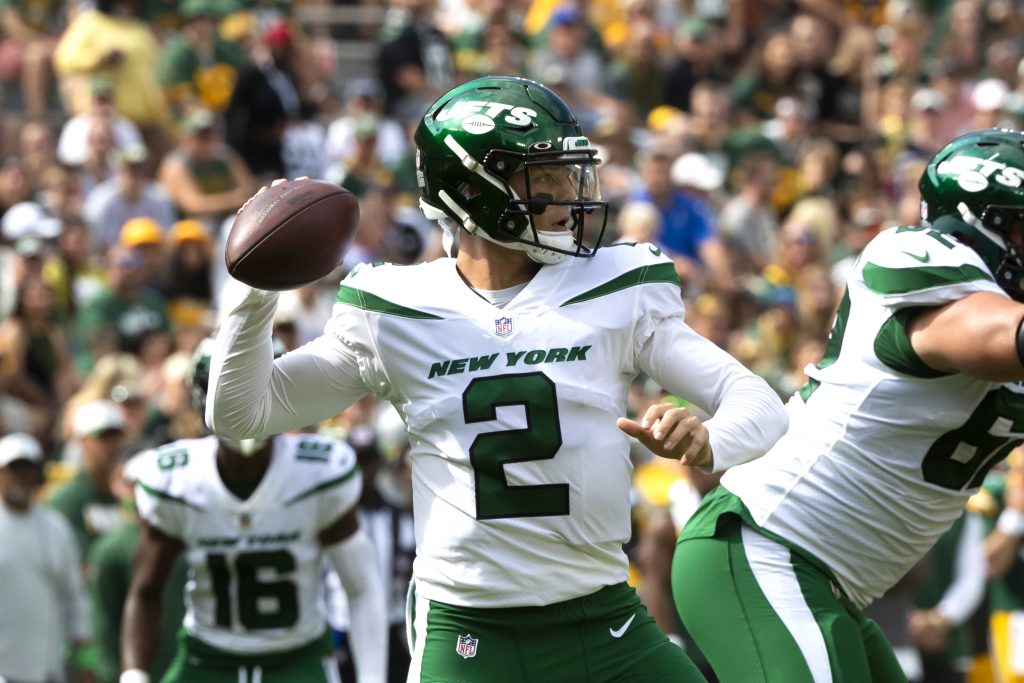 I expect this to be a wide-open game especially when you factor in the revenge narrative surrounding Sam Darnold. The Jets’ offense should be very aggressive this season as they take on the personality of their new head coach Robert Saleh.

Rookie Zach Wilson looked unafraid to push the ball down the field in preseason and built up a nice rapport with Corey Davis, who is coming off a career year in Tennessee. Wilson draws a Panthers secondary in Week 1 that was 23rd in DVOA against the pass last season and grades out as a subpar unit again this year.

On the other side, Darnold has weapons at his disposal too including another ex-Jet, Robby Anderson, and D.J. Moore, who are both coming off 1,000-yard seasons. Don’t expect the Jets defense to offer much resistance either, and the intensity of this revenge game should add to the aggression on both sides.

Teaser of the Week: Trust the NFC West 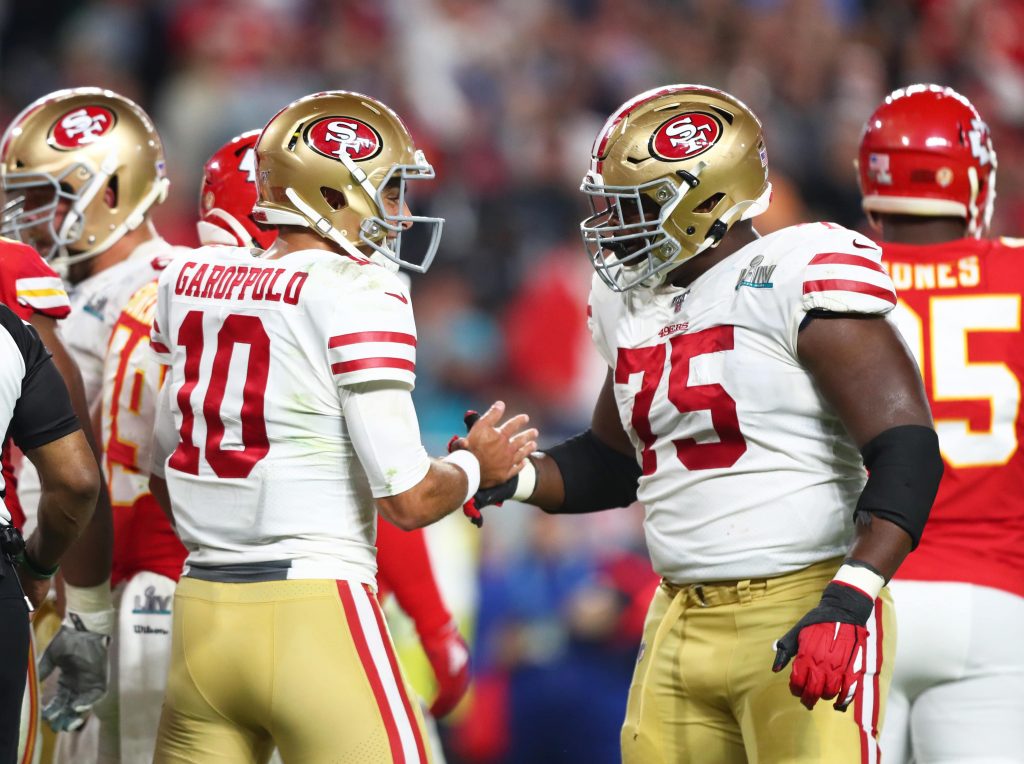 Another surprise from our conversation with PointsBet’s Jay Croucher was their exposure to Matthew Stafford in the futures market. The new Rams signal-caller is their biggest liability to win MVP and Croucher is expecting a put-up or shut-up year.

Croucher said; “He has never had a good offensive coach like Sean McVay, a lot of weapons, a strong offensive line, a lot of stuff lines up for Stafford. We will finally get to see if he’s a top tier level quarterback or a poor man’s Matt Ryan.”

I’m banking on injuries being the reason why Stafford’s season will eventually be derailed, but he’s healthy for Week 1 and facing a Bears team that will struggle to protect Andy Dalton against the vaunted Los Angeles front. I get similar vibes this week from the 49ers’ defense, who get a healthy Nick Bosa back in the lineup and draw an early cupcake in the Lions who are severely lacking talent at the skill positions. The NFC West should be the premier division in the NFL this season, and moving both favorites through the key numbers of seven and three is a safe way to approach our Week 1 teaser.

Line Available to DraftKings at time of posting

Be sure to check out Jared’s best futures bets for football season here!