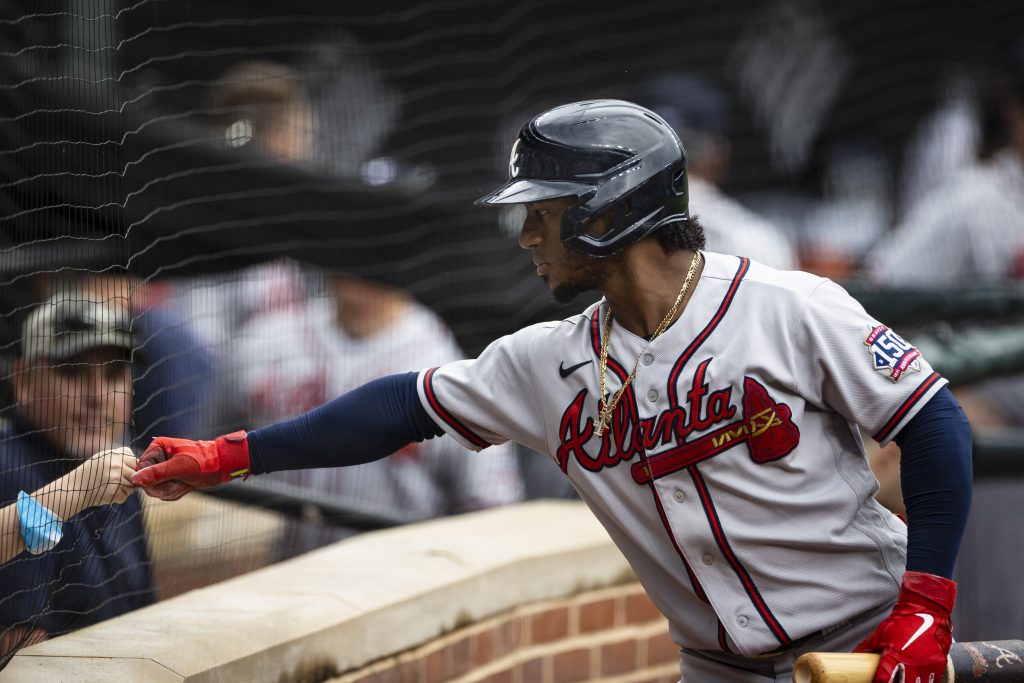 We have a full 15-game slate as the Major League Baseball weekend begins on Friday. The San Francisco Giants continue their trek through the National League East as they get a series with the Atlanta Braves started, and that is part of our three-team mega parlay. Let’s take a look at the whole thing.

For this parlay we are going with two favorites on the run line and an underdog on the money line. Here is a breakdown of the three legs, one by one.

The Cardinals have seemingly squandered their playoff chances with a 2-4 stretch against Pittsburgh and Detroit. Those are games they absolutely had to have — and they didn’t get them. Additionally, Tyler O’Neill has been one of their best hitters this season and he is still out with a back injury. St Louis’ offense has been stagnant at times and didn’t manage much against Pirates pitcher Dillon Peters when they saw him last week. Peters has been solid in his two appearances with Pittsburgh, and it wouldn’t be surprising if he keeps it going. JA Happ has been impressive for the Cards, but he was posting a 6.77 ERA in 19 outings with the Twins before getting traded and he ranks in the bottom 5% among all MLB pitchers in terms of barrel percentage. In other words, some regression could be forthcoming. The Pirates have had plenty of looks at Happ and this is where they may take advantage.

Atlanta has won 16 of their last 20 games, which has catapulted them to a sizable lead in the NL East. Sending Max Fried to the mound only helps matters. He has a 3.49 ERA, 3.83 xERA, and a 3.41 FIP. He has been even better over his last 7 starts, with a 1.57 ERA and a 2.43 FIP. During this stretch Friend owns a healthy 25.4 strikeout percentage against a 5.4 percent walk rate to go along with an excellent 0.96 WHIP. Kevin Gausman of the Giants looked like a surprise Cy Young candidate for the majority of the campaign, but he has regressed over his last 7 trips to the mound with a 5.17 ERA and a 4.03 FIP. He will need to be better tonight if he wants to slow down an Atlanta offense that ranks fifth in OPS and fourth in ISO over the last two weeks. Look for the Braves to — aside from two brief losses to the Yankees — remain on a roll.

Andrew Albers (0-0, 2.25 ERA, 2.80 xFIP) makes his first major-league start in nearly 4 years on Friday night as the Twins welcome NL Central leaders the Brewers to Target Field. Albers’ ascension back to the majors at age 35 deserves a tip of the cap but against a Brewers offense ranking second in OPS over the last 15 days (.845 OPS), he figures to have a tough time getting outs. Albers had up and down numbers in Triple-A before getting called up last week to replace Kenta Maeda in the rotation. Eric Lauer (4-4, 3.59 ERA, 4.30 xFIP) gets the ball for the Brewers and while Lauer is no Corbin Burnes or Brandon Woodruff, his value in the betting market is a bit under-the-radar. Milwaukee’s high-leverage bullpen arms got Thursday off and will be ready to slam the door in this one.