There’s just something about a Friday night, west coast baseball game that makes you want to bet on it. I don’t know what it is, we just need to get down. It’s one of life’s great mysteries. Tonight, we have such a game with the Los Angeles Dodgers taking on the San Francisco Giants at 9:45pm ET. I don’t know about you but I’m thinking same game parlay. It just feels right.

Before you say that Anthony DeSclafani gets owned by the Dodgers, let me explain myself. First, he has only really been demolished once. The other times the Dodgers got to him, but I wouldn’t say they owned him. Second, in his last 3 starts against Los Angeles, he went over this number twice. He even whiffed 7 of them in one of the starts. The thing about the Dodgers is the fact that they are kind of fan boys at the moment. Over their last 150 at-bats they’ve whiffed 48 times. What is that about? I think DeSclafani will definitely give up some runs tonight but I also think he could easily strike out 5 of these guys.

For more on this one, check out our full game preview for Los Angeles Dodgers vs San Francisco Giants. 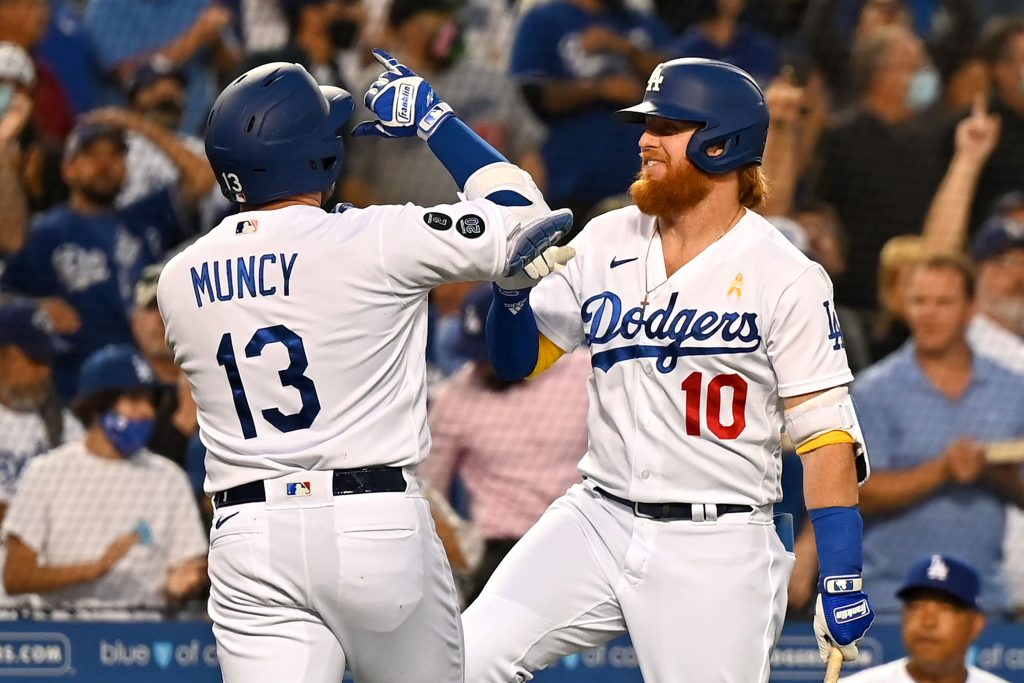 It seems crazy to think that we are taking a pitcher to go over his strikeout number but also the other team to win by at least 4 runs. That’s what the books want you to think. You have to galaxy brain these people from time to time. First of all, pitchers get rocked and still strike out 5 guys all the time. We get a great odds boost for taking it too. It’s just that I saw the Eric Lauer go 7 innings against these same Giants yesterday and hold them to 1 run. The offensive damage San Francisco did was against the Brewers’ bullpen. That’s unlikely to happen tonight as the Dodgers have the MLB’s best bullpen in terms of ERA over the last 2 weeks. At some point Los Angeles will get to DeSclafani and break the game open. When that happens, the light-hitting lately Giants’ offense won’t be able to do anything about it.

Make sure you also read our three-leg MLB mega parlay for today (+934 odds!)