Parlays make people feel good. That’s just a scientific fact. There’s nothing better than going through and entire day thinking you are going to win a +940 bet. Nothing. So when I saw that ESPN was showing the Boston Red Sox and Tampa Bay Rays at 7:10pm ET tonight, I thought one thing; same game parlay. There has to be an angle we can string together. Since MLB is so tough, we might as well keep it 2 legs and see how high we can make those legs jump in odds. Here is what I came up with.

The last time Patino took the mound against the Red Sox he fanned 7 of them. He was masterful that day and the Rays won that game 8-4. Now just because Patino had success that day, doesn’t mean he will tonight but it’s nice to know he’s done this before. It’s also nice to know that he’s getting a team in Boston that is 8th worst in strikeouts over the last week. That number is a bit misleading since they had 251 at bats in that span and only struck out 23% of the time but still. Numbers are numbers. No matter what anyone says, they struck out 13 times in yesterday’s. These guys can whiff with the best of them. Patino is coming off of a 5-K game against the White Sox last time out so he is in good form. He could easily get into the 100s in terms of pitch count and if he does, he’s a safe bet to sit down at least 6 of these Red Sox tonight.

For more on this one, check out our full game preview for Boston Red Sox vs Tampa Bay Rays. 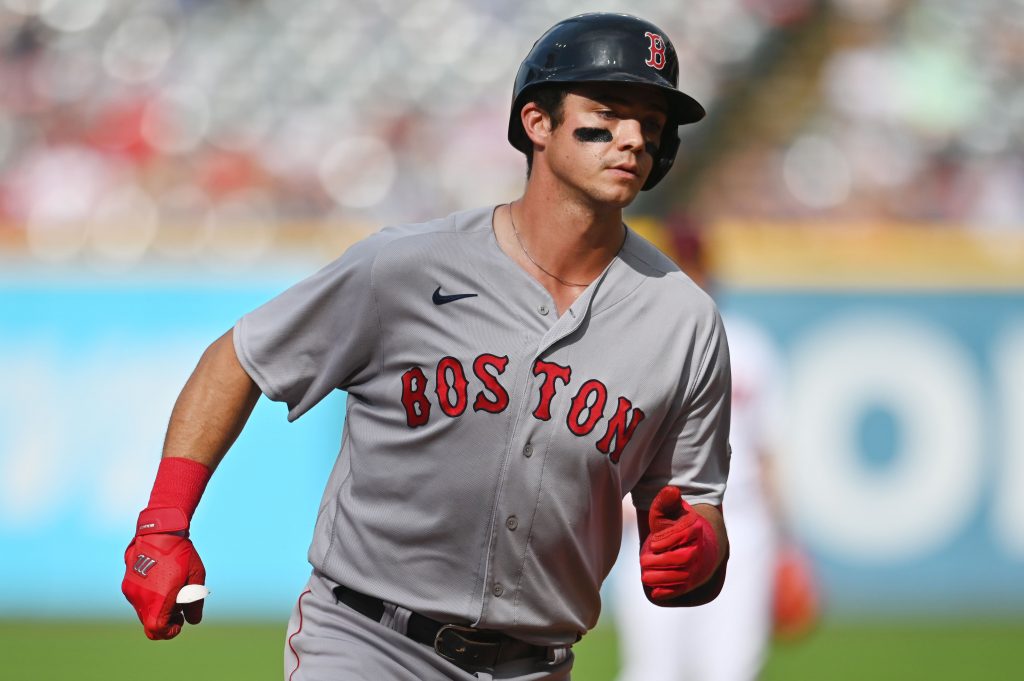 Besides strike people out, Patino also gives up bombs. He’s the most entertaining type of pitcher that exists. In his last 47 innings of work, he’s given up 9 dingers. That’s not the worst ever but that’s definitely not good. Now a lot of small brain types are going to wonder why we would take his strikeout number over if we think he’s going to give up a bomb or 2. That’s fair to wonder but we need to big boy brain (or big girl brain) this thing. We get a little odds boost when we use an opposing player in this parlay. We can’t act like 2 Red Sox players didn’t hit piss missiles off of Patino in his 7 whiff game last time. They did. It happened. Tonight I think Bobby Dalbec could be the guy. He’s got 3 dongs in his last 10 at bats so he’s seeing the ball well. He’s the exact type of guy that Patino will let his guard down for too. Patino could definitely fan 6 Red Sox tonight and give up a dinger to Bobby Dalbec. Easily.