What a weekend it was for sports. Every NFL team was in action. The NBA Summer League got going. MLB was in full force. All kinds of soccer leagues had games. It was truly a sports bettors paradise and it is a reminder of what’s coming in a few weeks when NCAA football returns. Balls flying around on screens is all we will see for months. It’s going to be fantastic.

As much fun as all that sounds, we can’t forget about the here and now. We really only have MLB today outside of a couple soccer games this afternoon. The one I like the most is the Los Angeles Angles vs New York Yankees at 7:05pm ET on MLB Network. It’s always smart to try to find a same game parlay angle and I am pretty sure that’s what I did. Feast your eyes.

The New York Yankees might actually be good. Their bats have come alive recently which needs to happen if they want to win baseball games. The Yankees have a .784 OPS over the last 15 days which is a big reason only 5 teams have scored more runs than they have in that span. They’ve been consistent with their scoring as they haven’t scored fewer than 4 runs in any game since August 8th. They even stepped it up a notch over the weekend dropping 20 runs in a 3-game set with the Chicago White Sox. Tonight they face Jose Suarez who has given up 19 runs in his last 20 innings of work but their biggest advantage lies in the Los Angeles Angels’ travel schedule. The Angels were just on the other side of the country yesterday and had to fly to New York after that game. That’s not ideal especially when Gerrit Cole is waiting for them in New York. I like the Yankees to roll the Angels tonight. 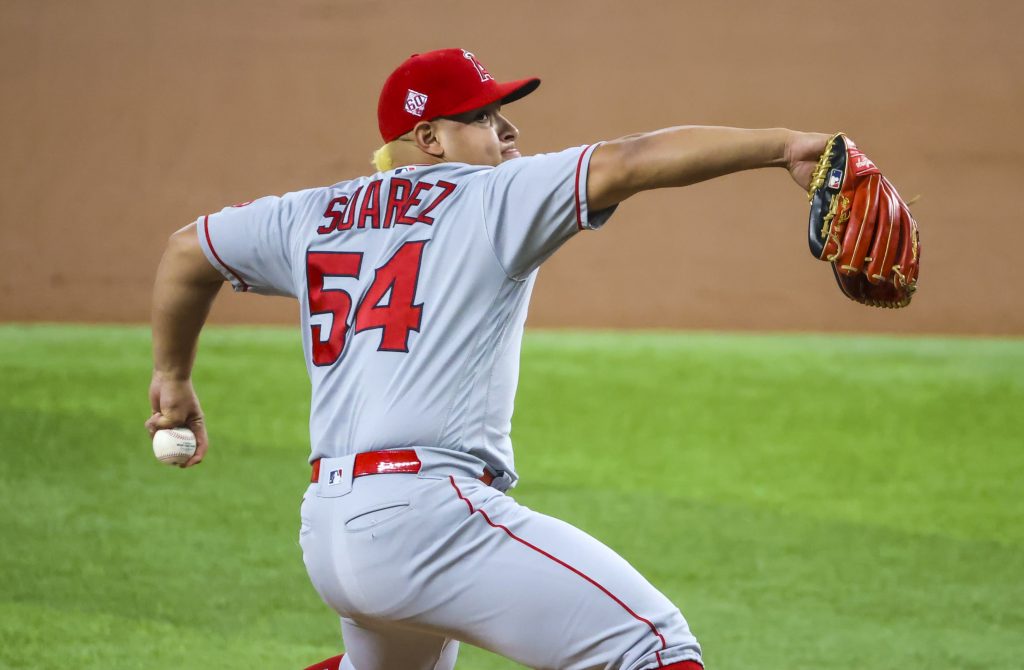 Just because Suarez is giving up runs doesn’t mean we should stay away from his strikeout number. Even in his last 4 games where he gave up 19 runs, he still hit at least 4 strikeouts in 3 of them. The thing is, his opponents in those games are teams that don’t strike out. Toronto, Texas, Colorado and Oakland are all in the top half of MLB in strikeouts on the season. Tonight Suarez is getting a team that strikes out like it’s their job. Over their last 179 at bats, the Yankees have managed to whiff 64 times. That’s 35.7% and it’s horrific. Taking Suarez over 4.5 strikeouts in a same game parlay with the Yankees -2.5 gives us a nice boost. It could easily happen.

We already know that Suarez will give up his fair share of runs but what about Gerrit Cole? Before he went on the shelf with COVID-19, he gave up 11 runs in 10.1 innings of work which is not ideal. Cole hasn’t pitched since July 29th so there is a chance he is limited tonight. The Angels have had a hard time scoring over the last week as only 5 teams have scored fewer runs than they have. Still, if they can get to a weakened Cole for 2-3 runs, we will be in great shape to go over 9 since Suarez can be expected to chip in his normal 4-5. If that’s the case, this game should fly over 9. I’m thinking an 8-3 type game is what we will see tonight.