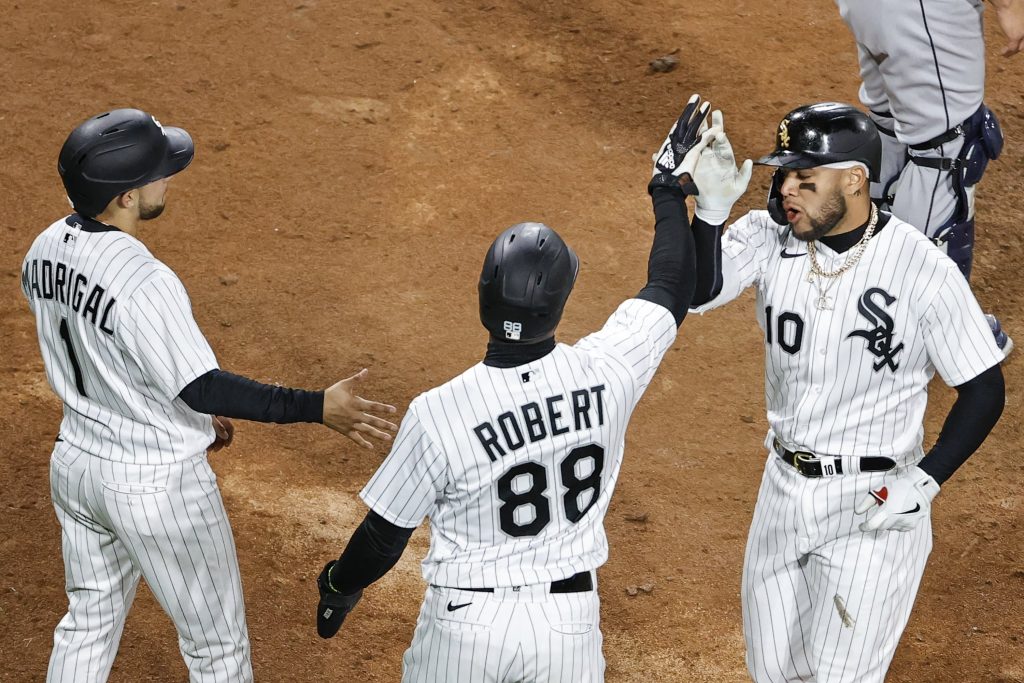 The Field of Dreams game takes place on Thursday night, and we are going to dream big with a same game parlay. It’s the New York Yankees and Chicago White Sox battling on the corn fields of Iowa. Regardless of what happens, the entertainment factor will be high. But why not make it even more fun with a SGP? Be sure to check out our full game preview for picks on the side and total, as well.

Part of the value in same game parlays, of course, is that all of its components can be correlated if you so choose. That is the entire plan here, as Chicago shortstop Tim Anderson going deep and New York left-hander Andrew Heaney’s strikeout numbers being held in check would obviously work well with a White Sox win. Let’s break down each of the three legs one by one.

New York is trying to slide into an American League wild-card spot, while Chicago boasts the largest division lead in all of baseball. It’s been advantage White Sox throughout the season and it should be advantage White Sox tonight with Lance Lynn on the mound. He is 10-3 with a 2.05 ERA and .200 BAA in 2021 and the Sox have won 5 of his last 6 starts. The Yankees’ offense has really struggled in the second half of the season, too. Both D.J. LaMahieu and Aaron Judge have fallen into slumps and Anthony Rizzo being out of the lineup is a big loss. Needless to say, Lynn has every reason to turn in another strong outing. On the other side, Chicago’s offense is locked in right now. Eloy Jimenez and Luis Robert are back in the lineup and the White Sox love hitting against left-handed pitchers, which they will get to do with Andrew Heaney toeing the rubber.

Anderson is seeing it like a volleyball that has been set up for one of those 6’6’’ strikers to kill (cue Tokyo Olympics nostalgia). The 28-year-old is on a 3-game hitting streak, has homered in 2 of the last 3 contests, and already has a trio of 3-hit performances in the month of August. He is 4-for-11 lifetime against Heaney, too. Anderson has a better home-run rate against LHPs compared to RHPs in 2021 and last season he had 6 homers against lefties (49 at-bats) and only 4 HRs against righties (159 at-bats). All signs point toward more success for Anderson on Thursday.

Heaney may not last long enough to reach the 7-strikeout mark in this Field of Dreams game. The 30-year-old allowed 4 earned runs in each of his first two starts with New York, during which he worked a total of 10.0 innings. In 4 of his last 7 outings, Heaney has recorded no more than 5 strikeouts. The White Sox are in the middle of the pack of the league in the K department, so it’s not like they are prime candidates to fan left and right against Heaney.