Week 1 of the 2021 NFL regular-season is underway and it continues on Sunday with 14 games. One matchup involving two obvious playoff hopefuls will see the Arizona Cardinals pay a visit to the Tennessee Titans. Let’s take a look at the best same game parlay option for Cardinals-Titans, and also be sure to check out our full game preview for picks on the side and total.

Part of the value in same game parlays, of course, is that all of its components can be correlated if you so choose. That is some of the plan here, as Derrick Henry racking up his fair share of yard would obviously work well with a Tennessee win and cover in addition to an over bet. At the same time, plays that aren’t correlated drive up the overall payout of the parlay. That is the case with backing the over on Kyler Murray’s passing yards, but as we will discuss below it really doesn’t conflict that much. Let’s break down each of the 4 legs one by one.

The Titans were among the biggest newsmakers of the offseason. They acquired Julio Jones from the Falcons to make up for the losses of pass-catchers Corey Davis and Jonnu Smith. Former offensive coordinator Arthur Smith is now the head coach in Atlanta, but Tennessee has an experienced quarterback under center in Ryan Tannehill and arguably the best running back in the business in Henry. There should not be any drop-off even though there have been some changes with the player personnel department and coaching staff. On the other side of the ball, the Titans added Bud Dupree in hopes of bolstering their pass rush. Putting pressure on opposing QBs was Tennessee’s biggest weakness in 2020, but will Arizona be able to take advantage? Maybe not. Murray finished with only 14 more touchdown passes than interceptions last year (26 to 12) while also losing 4 fumbles. With the Titans enjoying home-field advantage, they should be able to win—possibly by a wide margin.

The Cardinals’ run defense was outside of the top 20 in the league last season (compared to their 10th-ranked passing defense) and that is bad news in advance of a meeting with Henry and company. The Titans’ pass defense (29th in the NFL) was far worse than its run defense and that plays into what the Cardinals want to do with the football. In other words, both offenses have favorable matchups on their hands. The weather is set to be perfect in Tennessee on Sunday, too, so there are no outside factors that will hinder moving the football.

Henry will likely pick up right where he left off in 2020 as one of the most dominant running backs in the sport. The Cardinals’ run defense is nothing special and you can be sure the former Alabama standout is going to get a ton of carries. If Tennessee takes a lead early, which we expect, the home team will be content to pound the rock on the ground and keep the clock moving. 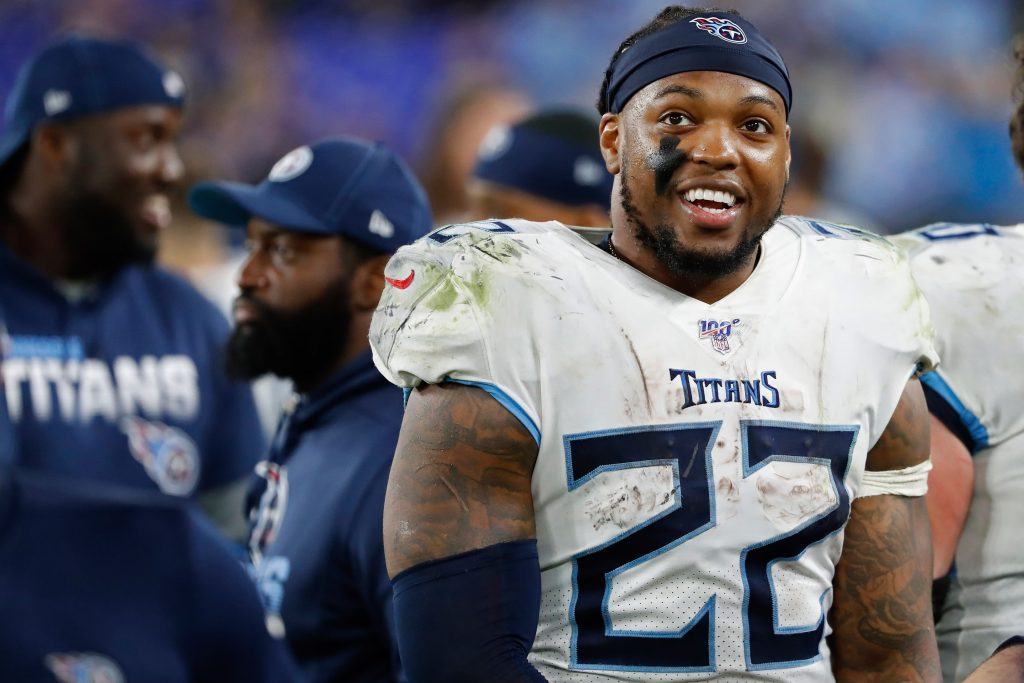 Murray can air it out at will, and he will probably have to since we project the visitors to be playing from behind most if not all of the way. That’s why a big yardage day for Arizona’s dynamic quarterback does not really conflict with a Tennessee cover. Murray is still throwing the ball to DeAndre Hopkins and he also has A.J. Green at his disposal now. The Cards’ passing game will likely have an advantage over the Titans’ secondary.