At long last the 2021 NFL season is just one week away. The defending Super Bowl champion Tampa Bay Buccaneers will kick things off against the Dallas Cowboys next Thursday night before the rest of the Week 1 slate takes center stage on Sunday and Monday.

If you’re looking for in-depth analysis and futures picks ahead of the 2021 NFL season, be sure to check out our predictions for who wins Super Bowl 56, as well as our assessment of which three teams will improve dramatically this year, and which teams will regress. As for individuals, we have also taken a look at the main player markets—including MVP and Offensive Rookie of the Year.

For now we are focusing on Week 1, and here are three best bets that should be made to start what will hopefully be an entertaining and coronavirus-free season of professional football.

The Titans were among the biggest newsmakers of the offseason. They acquired Julio Jones from the Falcons to make up for the losses of pass-catchers Corey Davis and Jonnu Smith. Former offensive coordinator Arthur Smith is now the head coach in Atlanta, but Tennessee has an experienced quarterback under center in Ryan Tannehill and arguably the best running back in the business in Derrick Henry. There should not be any drop-off even though there have been some changes with the player personnel department and coaching staff. On the other side of the ball, the Titans added Bud Dupree in hopes of bolstering their pass rush.

As for the Cardinals, they are expected to bring up the rear in the NFC West. That isn’t an entirely damning expectation given the overall strength of that division, but by no means is this time great on paper. JJ Watt and AJ Green are big names, but at this point in their career they may not move the needle too much on the field—especially not in their first game in a new setting. With the Titans enjoying home-field advantage, they should be able to win and cover.

Saquon Barkley is still questionable for Week 1, but the Giants cut Corey Clement and that suggests Barkley may be ready to go. Either way, though, New York can cover. This is likely going to be a defensive struggle, and QB Daniel Jones is good enough to keep a low-scoring game competitive—if not even win it outright. The passing game should be improved now that Jones has Kenny Golladay and Kadarius Toney at his disposal. 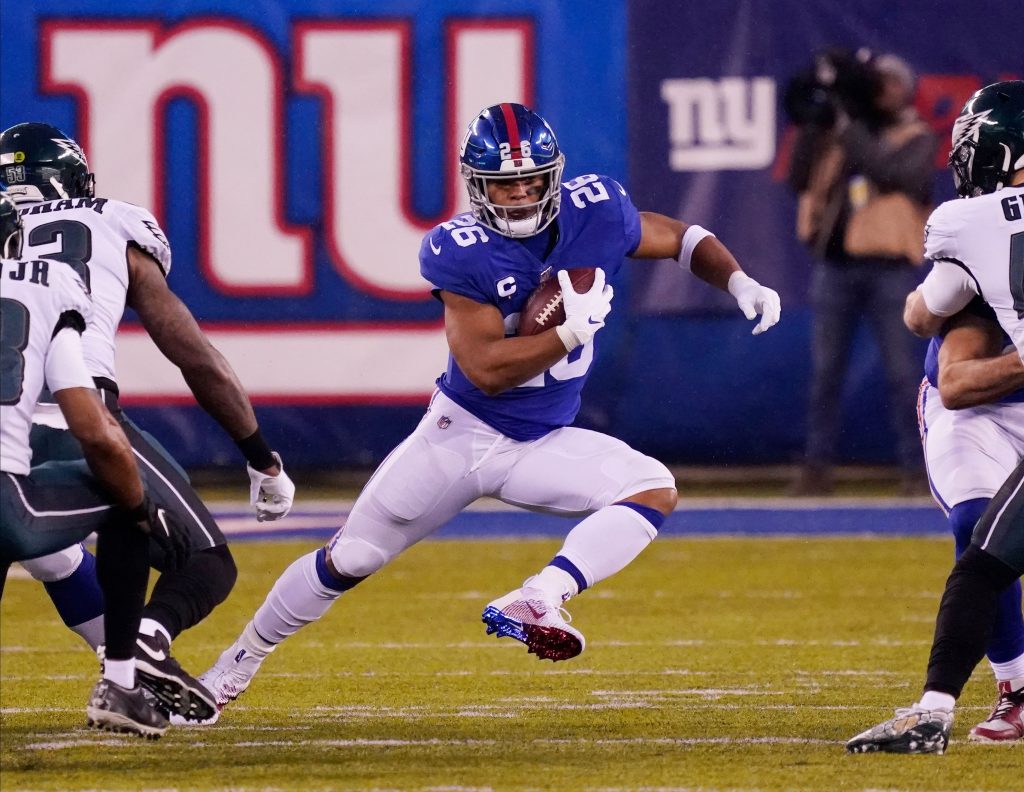 Denver was the worst team in the AFC West last year and it could be the same in 2020. Teddy Bridewater may be an upgrade over Drew Lock at quarterback, but are we going to find that out for sure in his first game with a new team on the road against a decent opponent? Probably not. Take the Giants and you might not even need the points.

Benefiting from having Tom Brady as his quarterback in 2020, Godwin finished the regular season with 65 receptions for 840 yards and 7 touchdowns. In the last 3 regular-season games, the former Penn State standout found the endzone 4 times. Godwin also caught a TD pass against Washington in the playoffs and racked up 112 yards in the NFC Championship win over Green Bay. The Brady-to-Godwin connection was impressive, and it only got better and better as the year progressed.

Although the Cowboys were in the middle of the pack in terms of passing yards allowed, they surrendered 34 touchdowns through the air—tied for the third most in the NFL. Now they running a new system under defensive coordinator Dan Quinn, who was a mess of a head coach in Atlanta. Quinn’s track record as a DC is more favorable, but it may take more than one game for his players to get acclimated. Count on Brady, Godwin, and others taking advantage.