We made it. The start of the 2021 NFL season is officially on the horizon, and in just over a week we’ll have our first regular season action. It’s exciting to say the least, and we all can’t wait for real football to be back. With the season coming up, there are a plethora of wagers to consider. Futures betting is still in full swing, and today we’re taking a look at some Super Bowl odds.

Don’t forget to check out all of our futures plays, which you can find in our ‘NFL news‘ tab. They include our assessment of which three teams will improve dramatically this year, and which teams will regress. As for individuals, we’ve also taken a look at the main player markets including MVP and Offensive Rookie of the Year.

Let’s break everything down, starting with the odds before we turn our attention to a couple of best bets that have value:

Unsurprisingly, the Chiefs and Buccaneers — last season’s Super Bowl teams — have easily the lowest odds of any teams. The Rams have risen up the ranks to have the fifth-lowest odds after their splashy offseason trade for former Lions quarterback Matthew Stafford. Can Stafford unleash an offense Jared Goff was holding back and take Sean McVay back to the Super Bowl?

It’s not too often a team goes 5-11 and then has the fifth-lowest odds to win it all the following year, but that’s exactly what we’re seeing with the 49ers. San Francisco suffered a ton of injuries last year, and clearly oddsmakers are forgiving.

The Packers had a bit of uncertainty surrounding Aaron Rodgers this offseason, but oddsmakers were never willing to give too much of a discount on Green Bay to win Super Bowl 56. On the flip side, the Broncos saw their odds drop to 25/1 amid speculation they would trade to Rodgers, but they’re back up to 45/1 now with Teddy Bridgewater.

The Cowboys also were 25/1, but concern about Dak Prescott’s shoulder has shot them back up to 35/1. Everything else has been mostly static since June, although the Colts also went from 25/1 to 35/1 due to injuries. Now that we’ve digested the odds let’s get to the fun stuff … 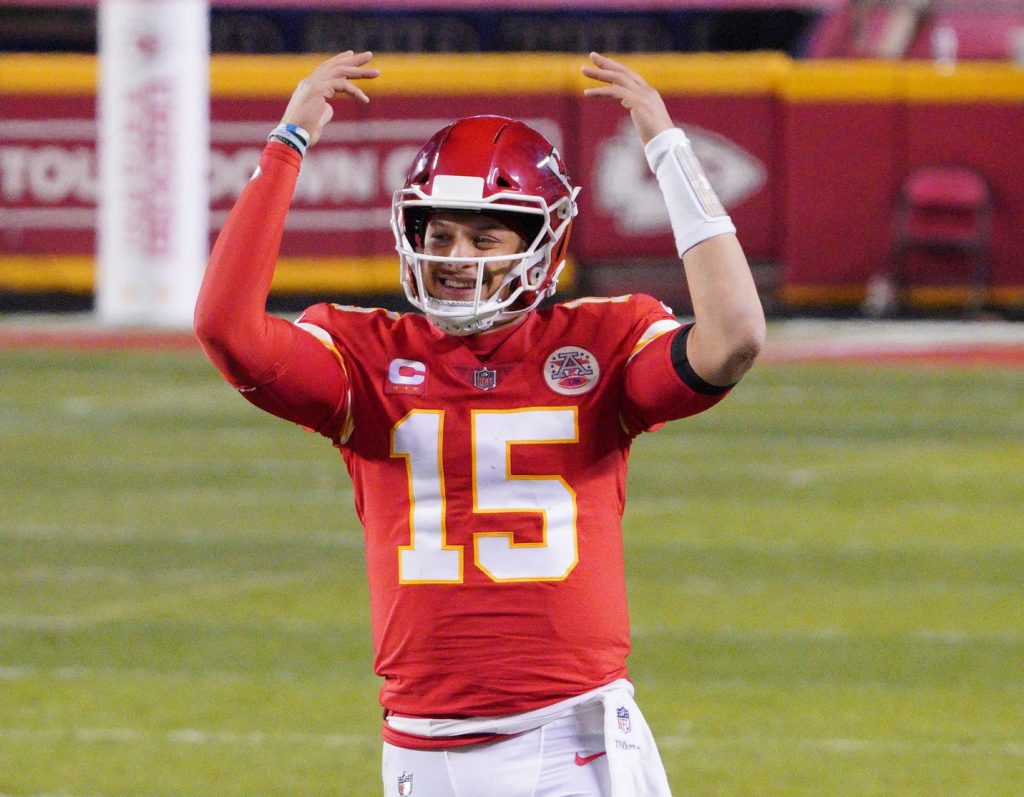 At these current prices, I’m intrigued by the Chiefs at +500 and Ravens at +1400. Kansas City has won the AFC in back-to-back years, and they would’ve won it in 2018 too if not for a Dee Ford offsides penalty. I don’t see any reason to believe they’ll be worse than last year, and in fact they could be a good amount better.

The Chiefs have completely overhauled their offensive line, ensuring Patrick Mahomes won’t be running for his life like he was in the Super Bowl. Not counting Week 17, when they rested their starters, the Chiefs lost only one regular-season game last year.

The Ravens have disappointed in the playoffs for the past couple of years, which has created some value. Baltimore has been a consistent regular-season winner, and I don’t think the Browns are about to overtake them in the AFC North. Fade the Cleveland hype.

Lamar Jackson was the unanimous MVP a couple of seasons ago for a reason. He’s going to enter 2021 with a big chip on his shoulder thanks to their postseason letdowns, which is a scary thought for the rest of the league.

Sure the injuries to Rashod Bateman and J.K. Dobbins aren’t ideal, but they aren’t enough to break this team. The Ravens, not the Bills, can be the biggest threat to the Chiefs in the AFC.

Every NFL season you’ve got to throw on a couple of long-shots to make things interesting. Of the teams whose Super Bowl 56 odds we didn’t talk about, the Chargers at 30/1 and Vikings at 50/1 are the ones that jump out to me. Los Angeles has had one of the most talented rosters in the league for years now, they just haven’t been able to stay healthy.

With Justin Herbert potentially making a sophomore leap, there’s no reason this team can’t be elite if injuries permit. New head coach Brandon Staley should dramatically improve the defense, and Derwin James will be back after missing all of 2020. The offensive line has been significantly upgraded by the drafting of Rashawn Slater and signing of Matt Feiler and Corey Linsley.

The Vikings were a big disappointment last year, but after a disastrous 1-5 start they actually played fairly well. Kirk Cousins quietly put up very good numbers. Adam Thielen and Justin Jefferson form one of the league’s top receiving duos, and they’ve still got Dalvin Cook in the backfield. The defense was really banged up last year, and should improve under Mike Zimmer’s watchful eye. The secondary was really young, and they’ve now added corners Patrick Peterson, Bashaud Breeland, and Mackensie Alexander this offseason.