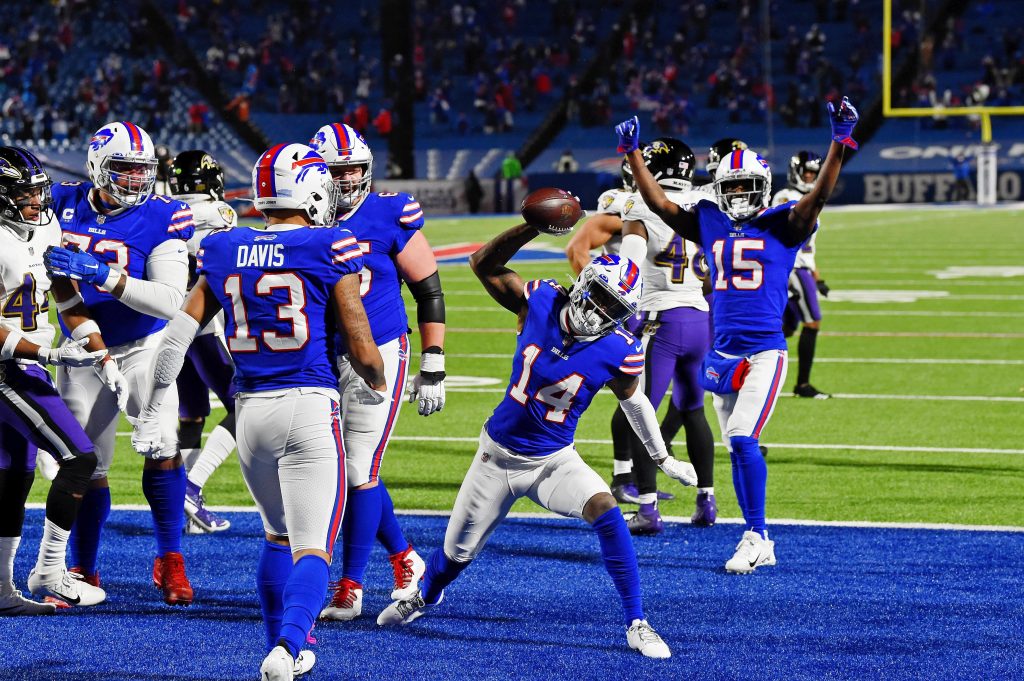 Good morning bettors! Welcome to the second edition of Wise n’ Shine, your one-stop shop for everything you need to know to bet better each day. A busy week of NFL preseason action continues on Friday and we also have plenty of MLB games plus the beginning of the 2020-21 English Premier League campaign, so let’s get right into it.

Dream ending to Field of Dreams Game
Heading into Thursday’s highly-anticipated Field of Dreams Game between the New York Yankees and Chicago White Sox, we were 12-5 in our last 17 MLB best bets over a 5-day span. Would our dreams of continuing the hot streak be crushed in the corn fields of Iowa? It didn’t look like it, as the White Sox led most of the way. But it did look like it when Liam Hendriks gave up a pair of two-out, two-run homers to Aaron Judge and Giancarlo Stanton that turned a 7-3 Yankees deficit into an 8-7 lead. Chicago, however, would not be denied. A dream ending saw Tim Anderson walk it off with a two-run blast of his own, giving the Sox a dramatic 9-8 victory. Yes, that means we are now 13-5 in our last 18 MLB best bets. Thank you, Tim!

A FIELD OF DREAMS IT WAS!✨

TIM ANDERSON WINS IT FOR THE @whitesox!!! pic.twitter.com/kkX4sRcgN6

Pickswise now 3-0 on sides through 3 NFL preseason games
The 2021 NFL preseason kicked off last week with the Hall of Fame Game between the Dallas Cowboys and Pittsburgh Steelers. We hit a Steelers -1.5 bet and we rolled with them again on Thursday, this time as +1 underdogs against the Philadelphia Eagles. Pittsburgh cashed for us again with a 24-16 victory. We are now 3-0 on sides in the preseason, as the New England Patriots (+115 underdogs on the moneyline) also took care of business against the Washington Football Team via a 22-13 decision on Thursday.

Trio of games kick off the NFL preseason weekend
Action on the professional gridiron continues with 3 games on Friday, 10 more on Saturday, and another on Sunday. Tonight’s schedule includes a contest between the Dallas Cowboys and Arizona Cardinals at 10:00 pm on NFL Network.

14-game MLB schedule (only the White Sox and Yankees are off)
The White Sox and Yankees have an off day before they continue their three-game series on Saturday and Sunday. They will move from the Iowa corn to a much more traditional setting of Guaranteed Rate Field in Chicago. While those two teams are making a short trip to a new location, the other 28 clubs will be in action on Friday. The 14-game schedule includes a crucial series opener between the Los Angeles Dodgers and New York Mets, who are looking to climb from second to first in their respective divisions.

Sure it’s the preseason, when you never know what any team is going to bring to the table. But that’s why you only have to give 2 points to the Detroit Lions when the Buffalo Bills pay a visit to Ford Field. And 2 points shouldn’t be too many, as Buffalo is one of the deepest teams in the business. Josh Allen is not playing on Thursday, but that won’t matter because the Bills have a capable backup in Mitchell Trubisky. Don’t laugh; you could do a lot worse than Trubisky in the preseason. The AFC East favorites are better than the Lions at pretty much every other position, too. Check out our full game preview for picks on the side and total.

Our first preseason game since the 2019 season.#BUFvsDET | #BillsMafia

Philadelphia Phillies right-hander Zack Wheeler leads Major League Baseball with 181 strikeouts in 2021. Heading into Friday’s date with the Cincinnati Reds, in 5 of his last 11 starts he has held the opposition scoreless in at least 6.0 innings of work. Read our full Reds vs Phillies preview here.

Before you bet on this weekend’s NFL preseason action, make sure you check out our article highlighting the 5 things you need to know about betting on NFL preseason, and how it’s important to remember that not every team wants to win.

Kawhi Leonard is going back to the Los Angeles Clippers after signing a 4-year, $176.3 million max extension on Thursday. Of course, Leonard is expected to miss much of the next NBA season following surgery to repair a partially torn ACL. The Clippers are still +1000 to win the Western Conference and +2200 to win the NBA title.

“Some good things, some things we can improve on.” — Bill Belichick
Belichick is not exactly a wordsmith behind the microphone, and he wasn’t again on Thursday following the Patriots’ win over TWFT. The above is what he had to say about rookie quarterback Mac Jones, who went 13-of-19 for 89 yards with no touchdowns or interceptions. Jones is +250 at DraftKings to take New England’s first snap of the regular season at quarterback.

Get the Gunners at +205 to score in both halves of their season-opening EPL match against Brentford (boosted from +185 at DraftKings Sportsbook!)

Pickswise is the home of free sports picks, news, and best bets. Check out our expert NFL Picks, NBA Picks, MLB Picks, and NHL Picks for the latest game picks.

The post Wise n’ Shine: What you need to know to bet better on Friday, August 13 appeared first on Pickswise.