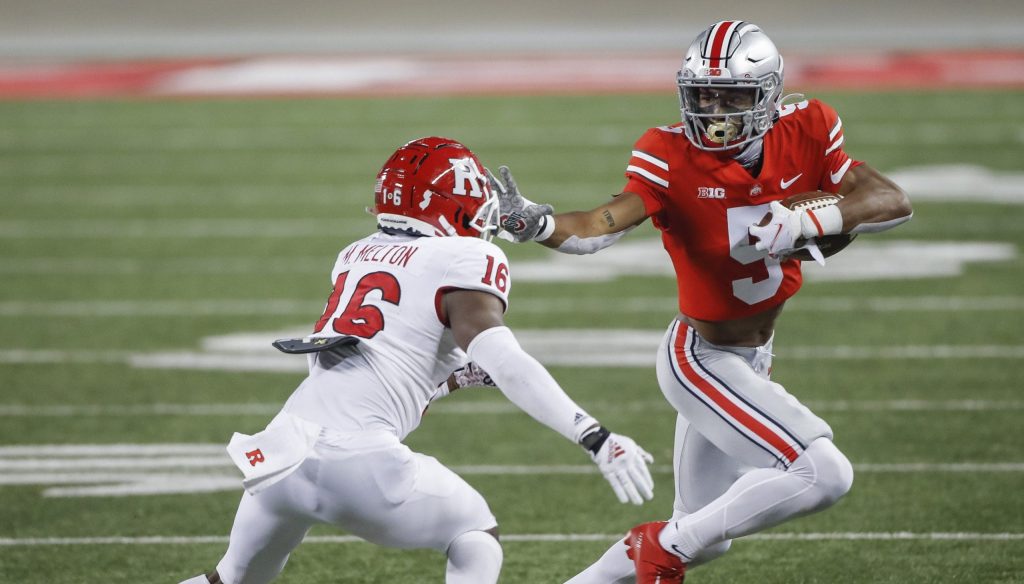 Good morning Pickswise Nation and welcome to Wise n’ Shine, your one-stop shop for everything you need to know to bet better today! We’re a little short on MLB action today, but what we lack there we make up for with college football action. Let’s get right to it!

Dodgers overtake Giants in NL West
The Dodgers had been hot on the Giants’ tails for a while, and LA finally leapfrogged San Francisco into top spot in the NL West with a 4-2 victory over the Braves, while the Giants fell to the Brewers. The Dodgers are now -250 to win the division with FanDuel Sportsbook, while the Giants are +200.

Buckeyes back in action
Ladies and gentlemen, college football is officially back. We’ve got plenty of Week 1 games to look forward to tonight highlighted by the Ohio State Buckeyes taking on the Minnesota Golden Gophers. Sun Belt kings Coastal Carolina also kickoff their season tonight, with the likes of Tennessee and Rutgers also in action. Make sure you check out our NCAAF picks and predictions for all of tonight’s big games.

MLB rolls on
It’s moving day for a lot of teams in the MLB so we have a modest seven-game slate. However, quality over quantity appears to be the order of the day with some crunch games going on, including round three of the Brewers vs Giants. Can San Fran bounce back from last night’s defeat? Be sure to read our picks for each of today’s matchups.

US Open continues
The U.S. Open continues at Flushing Meadows and our tennis expert Ricky Dimon is back with his best bets of the day’s action, including a +172 underdog! Check out his four picks here.

As mentioned, but Buckeyes return to the football field tonight, and they can do so with a bang. Ohio State will start C.J. Stroud at quarterback after Justin Fields’ departure, but the signal-caller will have arguably the most lethal receiving tandem in the country at his disposal in Chris Olave and Garrett Wilson. Expect OSU to comfortably beat a Minnesota team that had one of the worst defenses in the league last year. Check out our full preview of Ohio State Buckeyes vs Minnesota Golden Gophers.

The Red Sox have allowed 14 runs in their first 2 games against the Rays. They once again take on Tampa Bay today who have now won 9 straight. Check out our full preview of Boston Red Sox vs Tampa Bay Rays.

We’re now officially one week away from the start of the NFL season, and we’re looking ahead at some player futures bets — in particular offensive rookie of the year. Andrew Ortenberg has a couple of picks for you to check out, including a +2000 longshot. You can read more of our NFL preview content as it arrives under the Analysis tab.

As you saw above, we’re all over Ohio State tonight and bettors can back them and Tennessee to score 40 points or more each tonight with FanDuel Sportsbook. The odds for this have been boosted from +125 to +180.

Pickswise is the home of free sports picks, news, and best bets. Check out our expert NFL picks, MLB picks, and Tennis picks for the latest game picks.

The post Wise n’ Shine: What you need to know to bet better on Thursday, September 2 appeared first on Pickswise.