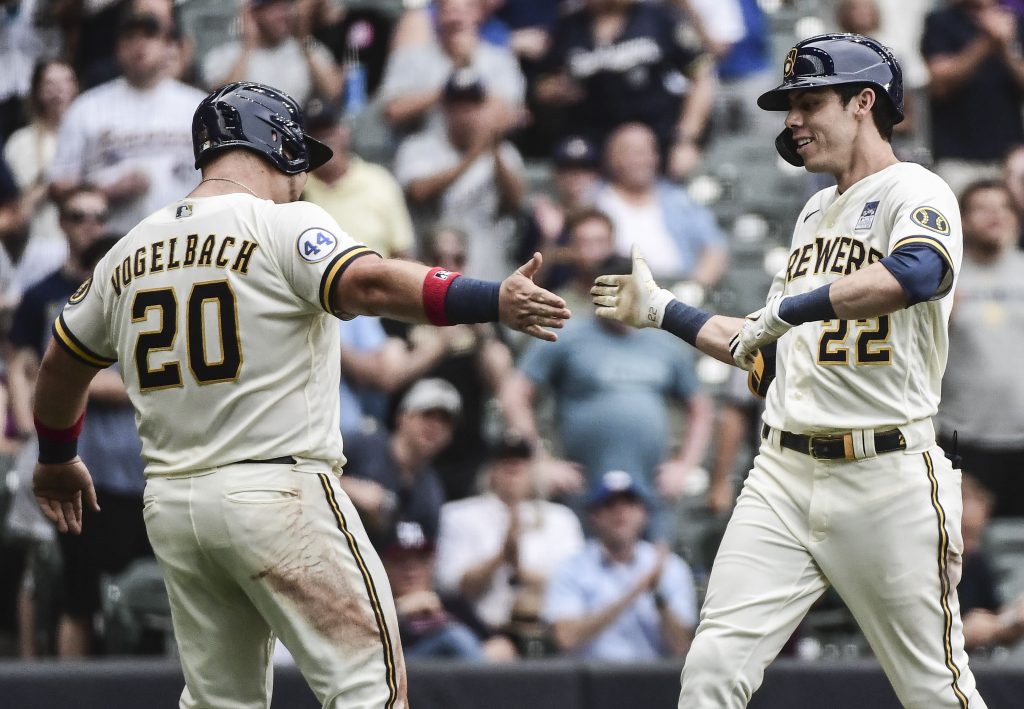 We have a full 15-game slate as the Major League Baseball week continues on Wednesday. Five are afternoon specials, as those teams get the benefit of wrapping up early in one location before traveling to begin new series elsewhere on Thursday or Friday. The remaining 10 contests are traditional evening affairs. Three teams we like for our Wednesday mega parlay are the Detroit Tigers, Milwaukee Brewers, and Seattle Mariners. Let’s take a look at the whole thing.

For this parlay we are going with 2 favorites on the run line and 1 underdog on the money line. Here is a breakdown of the 3 legs.

Outside of Shohei Ohtani, it is hard to find a lot to like with the Angels. A third of their starting lineup has been down for the season for some time now. Guys are not coming back either, it seems (still no Mike Trout). Detroit, on the other hand, seems to have some goals they want to achieve down the stretch even though winning the division or making the playoffs is out of the question. The Tigers have a great chance of finishing ahead of Cleveland in the American League Central and they just might be able to hit the .500 mark, too. It’s not easy to beat Ohtani, but he has been far more vulnerable on the road than at home and Detroit is countering with Tarik Skubal. Skubal may not have the lowest ERA on the team but he is leading the Tigers in wins and strikeouts.

The Cardinals enjoyed a nice 6-game winning streak before losing to the Brewers 2-0. As St. Louis found out the hard way, it’s a lot different facing Milwaukee than it is going up against the Pittsburgh Pirates and Kansas City Royals. The Brew Crew is on pace to set a franchise record in wins this season and another victory should be forthcoming with Freddy Peralta on the mound for this one. Peralta is 9-3 with a 2.26 ERA on the year and he has posted a 1.71 ERA over his last 4 starts. He faced the Cardinals on May 11, tossing 7.0 scoreless innings and allowed just a single hit while striking out 8 batters. St Louis’ offense can be stagnant at times, and it managed just 2 hits through 6.0 innings against Corbin Burnes on Tuesday. The Cards could be in for another tough day.

Seattle’s Marco Gonzales is a little bit of a mystery. He enters this matchup with a 4.35 ERA and 5.86 xERA, yet he has been incredible in the last few weeks. Following a slow start to the season and a few rough outings thereafter, Gonzales has posted a 0.83 ERA in his last 3 starts. It must be noted that 2 of those 3 starts were against the Rangers, whom he will meet again on Wednesday. Gonzales allowed 2 runs on 7 hits in 15.0 innings against the Rangers during those starts while recording 13 strikeouts and looking like a completely different pitcher than his stats suggested. You might as well ride the hot hand, because nothing suggests he will revert back to his early-season form given that he gets to face Texas once again. It doesn’t help the Rangers that right-hander Mike Foltynewicz is toeing the rubber. Foltynewicz is saddled with a 5.66 ERA and 5.46 xERA. Without Joey Gallo in the lineup and Isiah Kiner-Falefa slumping on the heels of a stellar first half of the season, the Rangers are ready for this season to end.

Pickswise is the home of free MLB Picks. Check out the latest MLB Prop Bets and MLB Parlays as well as our MLB Best Bets from the experts