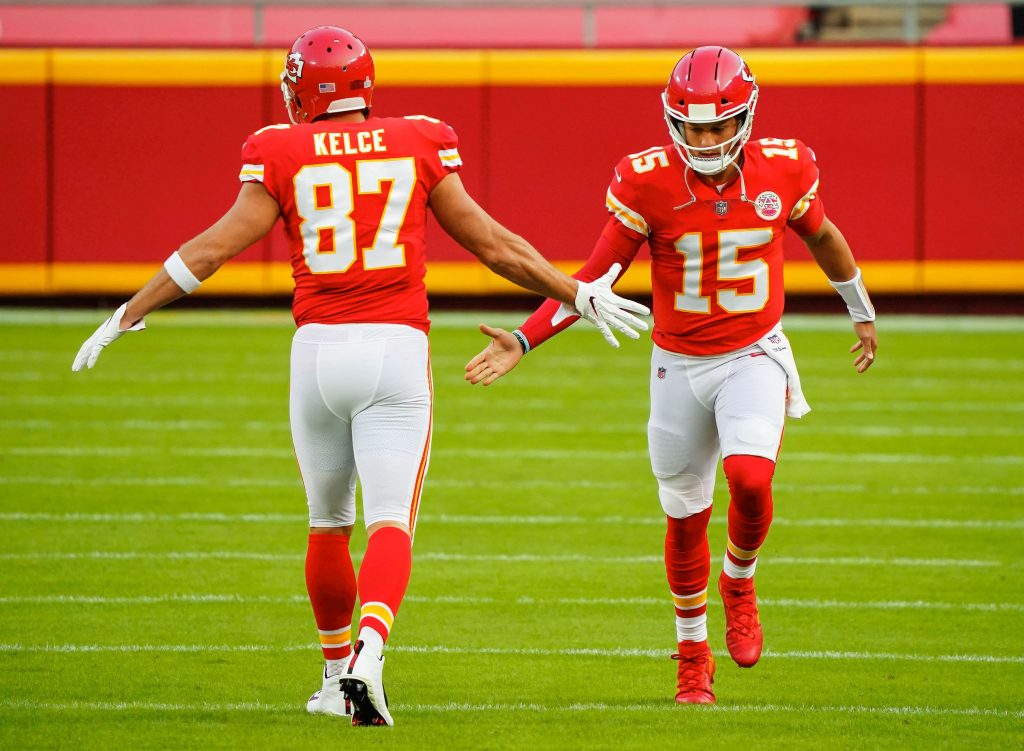 The 2021 NFL season is right around the corner. In just over a week, the Cowboys and Buccaneers will kick off to officially begin Week 1. It’s exciting, but there’s still time to get in on futures bets and season-long props. On which we have many thoughts here at Pickswise. Be sure to check out our ‘NFL news‘ tab for all the latest. One of those season-long props is an interesting one, whether any team will go a perfect 17-0 or a miserable 0-17. Can the Chiefs and Patrick Mahomes pull it off in the first season ever with 17 games?

Let’s break them down one by one.

But first, be sure to check out our best bets for season-long NFL player props

Anyone considering betting this is overreacting to Tampa’s Super Bowl run. Remember, with a month to go in the season the Bucs were far from a lock to even make the playoffs. In the first round of the playoffs, they barely squeaked past Taylor Heinicke and Washington. In the second round they didn’t play well either, and if not for a crucial Jared Cook fumble they would have got bounced then. Then in the NFC Championship Game Tom Brady threw three interceptions, and they won because of a series of Packers meltdowns.

They mostly stood pat this offseason, locking up their own guys instead of adding any outside help. Their first-round pick is an edge rusher who will be used as a reserve behind Shaq Barrett and Jason Pierre-Paul, and their second-round pick was a quarterback who will be nothing more than a clipboard holder. They didn’t make many upgrades, and last year’s team was far from worthy of 17-0 status.

The Chiefs have more potential for dominance. They slacked off a bit during the regular season last year, and even while not playing up to their standards they still went 14-2. One of those losses was in a meaningless Week 17 game where they rested Mahomes, so they actually went 14-1 in games they tried to win. The one real defeat was by one score in a shootout against the Raiders.

Unlike the Buccaneers, the Chiefs were aggressive in remaking their roster this offseason. They completely overhauled their offensive line, making Joe Thuney the highest paid guard in the league. They lured Kyle Long out of retirement. Traded for a stud left tackle in Orlando Brown Jr. You get the picture. Kansas City’s only real (relative) weakness has now been addressed and then some.

The norm for Patrick Mahomes 💰

The first year of the Dan Campbell era in Detroit isn’t expected to start off with a bang. Detroit traded away Matthew Stafford this offseason, and will be rolling with Jared Goff in 2021. They also hired Anthony Lynn to be their offensive coordinator, signaling they intend to go with an old school run-first approach. Stafford wasn’t the only significant departure on offense, as they also let Kenny Golladay walk in free agency.

The Lions went 5-11 last year, and that was with Stafford starting all 16 games. The downgrade under center is immense, and if they start with a few losses things could snowball out of control. They open the season with games against the 49ers, Packers, and Ravens, a brutal draw assuming Aaron Rodgers stays in Green Bay.

Deshaun Watson put up historic numbers for the Texans last year, and they still managed to go 4-12. Houston has reached peak dysfunctional NFL franchise this offseason, and not just because of Watson’s ongoing off-field problems. They’ve had numerous other distractions and embarrassments, too. It looks like they’ll be forced to start Tyrod Taylor in 2021.

Will Fuller left in free agency so there’s nothing exciting left on offense, and the defense was a disaster last season. JJ Watt, one of the only things holding the team together, is now gone also. Houston is in the midst of a full-blown rebuild, so it’s not hard to see why expectations are low.

If I was going to play any of these, it would be the Chiefs at 40/1. Kansas City really only lost one game last year, and I don’t see how anyone can argue their roster hasn’t got significantly better since then. Mahomes should now have one of the best offensive lines in the league protecting him, which is a scary thought for the rest of the NFL. They’ll likely be favorites in every game, and if the defense continues to make strides they should at least make this interesting.

The Bucs are being overhyped because of their playoff run, when they showed last regular season they aren’t anywhere close to being a 17-0 team. Of the two winless candidates, the Lions make the most sense at 33/1. We’re about to find out what Goff looks like without Sean McVay, and it probably won’t be pretty. Stafford has been the only thing keeping that team afloat, and with Lynn running the offense the floor will be very low. I’d take them over Houston since the Texans will at least have a mobile quarterback to give their games more variance. The Texans are also playing in a division with a team (the Jaguars) that just went 1-15 themselves.